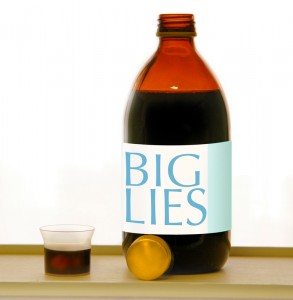 A paid “news release” this week by the Alliance for Safe Online Pharmacies (ASOP) and LegitScript and widely disseminated by PR Newswire’s MultiView – deceitfully and incorrectly associated PharmacyChecker.com with a federal indictment involving the wholesale operations of a Canadian company. [UPDATE: After PR Newswire was informed by our attorneys of the libelous nature of the ASOP/LegitScript news release, PR Newswire removed it. The release had appeared at http://www.multivu.com/players/English/7602051-asop-doj-indictment-prescription-drugs/ ]

But even though PharmacyChecker, nor any of its executives or employees, are the subject of the recent indictment or even mentioned in it, ASOP and LegitScript, who we see as sharks for Big Pharma and Big Pharmacy, could not resist throwing a public relations party, which we believe is aimed at manipulating the media and reporters, government, and worse – consumers!  It appears that they spent a lot of money on a PR firm, ECI Communications, to put together and disseminate lies about PharmacyChecker.com and misleading information about international online pharmacies.

Want proof? After reading ASOP and LegitScript’s deceitfully misleading news release, a writer at the publication Medicine Marketing & Media was apparently duped into writing on Wednesday that PharmacyChecker was being indicted! After we contacted that publication about the inaccuracy, we were swiftly given an apology, the article was corrected, and the following statement posted: “CORRECTION: An earlier version of this story incorrectly listed PharmacyChecker.com as a defendant. PharmacyChecker.com is not a defendant in the case.

A renowned expert in First Amendment Law considers the news release “libelous” and ASOP, LegitScript, and ECI have been asked to take it down.  PR Newswire has also been asked to remove it, as it appears to violate PR Newswire’s own guidelines regarding libelous content and this certainly doesn’t help their existing reputation for distributing “low quality content.”  However,  perhaps due to the enormous funding behind these groups, they have yet to make any attempt to correct the situation. We’ll see how much they care about the truth by their actions.

It’s important to keep in mind who these groups are.  ASOP’s members and funders include large pharmaceutical companies and the National Association of Chain Drugstores. To protect their bottom lines, these companies and ASOP lobby congress and federal agencies, such as the FDA, to try to curtail your access to much more affordable and safe medication from outside the U.S. In fact, ASOP is actually located in the offices of the government relations and communications consulting firm FraegreBD, where ASOPs executive director, also happens to be a Vice President. And ECI Communications is a PR firm which does extensive business for U.S. pharmaceutical companies.  Of course LegitScript.com happens to be a founding member of ASOP. Can we trust LegitScript.com or ASOP? Well, you already know who ASOP works for, right? On the other hand, much of LegitScript.com’s income is from a contract with the FDA for $5.2 million. That’s not bad in and of itself but, if that money is being used to spread misinformation to U.S. consumers and lobby congress and maybe even the FDA itself, then that stinks.

The truth is that American consumers are buying medication from outside the U.S., five million of them each year, because many of them can’t afford prices in the U.S. Since 2003, PharmacyChecker.com has been working hard to publish information that helps Americans find safe and affordable medication from these pharmacies. Yet it seems the only safe online pharmacy to ASOP is one that is approved by LegitScript.com, which in turn believes that every pharmacy outside the U.S. that sells into the U.S. including licensed pharmacies in Canada, are not “legitimate” or are “rogue.”

ASOP’s and LegitScript’s vision of “legitimacy” is a nightmare for Americans! Thirty-five million Americans don’t fill a script each year because of cost. A safe online pharmacy is not safe for a consumer who can’t afford the medications it sells. ASOP, LegitScript, the NABP, FDA, etc., can’t wish away the fact that safe international online pharmacies are a lifeline for many American consumers. Scaring these Americans away from safe pharmacy options with misleading and false  information means that more Americans will go without their prescribed medications. There is nothing “safe” or “legit” about that.