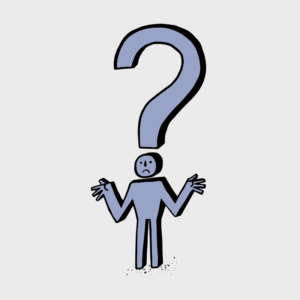 Earlier this month, the American Medical Association voted to support “in-person” personal drug importation from Canada so that patients can benefit from lower pharmacy costs. According to its press release, the new policy is a response to “intensified concerns that patient out-of-pocket costs for prescription drugs have hampered access to needed medications.” To say the least! A survey, published in Axios, showed that about 90 million Americans did not fill a prescription because of cost last year.

It’s good that the AMA is supporting Americans filling orders in-person at Canadian pharmacies, but its support is so limited… to the extent that it’s hard to tell what if any impact AMA’s recommendation could have to help more patients. Furthermore, the association appears to be confused about existing law.

First, the AMA’s support does not include Internet or mail-order pharmacy purchases from Canada. In fact, it opposes personal drug importation through Internet purchases “until patient safety can be assured.” Therefore, its proposed policy is likely to help only those who actually live near Canada.

As AMA has recognized, about eight percent of Americans say they have imported lower cost medicines for personal use: about 20 million people. Many of those do so by ordering it online. PharmacyChecker protects patients who choose to order online from international pharmacies by verifying those meeting good pharmacy practices and helping patients avoid rogue sites. That may not be the “assurance” AMA is looking for, but to protect patients now who need to find lower prices, the AMA could provide their patients with guidance on how to do so most safely if using the Internet.

Many providers, including doctors, nurses, and physician assistants, already recommend PharmacyChecker if their patients decide to order medicine from Canada or other countries because of cost.

Even if the AMA is uncomfortable with Internet pharmacy, why oppose “mail-order” pharmacy from a brick-and-mortar pharmacy in Canada? We would be glad to help the AMA identify pharmacies in Canada from which Americans could order by phone. That way a retired school teacher living in Miami, for instance, could also find drug price relief in Canada.

The law seems to be ahead of the AMA, or the AMA is not familiar with the law. Under Section 206 of H.R.244 – Consolidated Appropriations Act, 2017 – the Customs and Border Patrol can’t stop people from in-person, personal drug importation from Canada of FDA-approved drugs.

In reference to importation laws, the AMA states that it’s illegal to import drugs from Canada, unless the Secretary of Health and Human Services “certifies to Congress the medications pose no additional risk to the public’s health and safety, and result in a significant reduction in the cost of the drugs to Americans.” That’s only part of the law, Section 804 of the Food Drug and Cosmetic Act. That same section states that the Secretary can permit personal drug importation as long as it doesn’t appear “to represent an unreasonable risk to the individual.” Clearly, qualified providers, including members of the AMA, could help patients order medication that meets the standard of the statute from a pharmacy in Canada.

Finally, even when it comes to what is “technically illegal” personal drug importation, the AMA’s own Code of Medical Ethics should inform the association on its duty to protect patients who can’t afford medicine here. AMA Opinion 1.01 states:

“In general, when physicians believe a law is unjust, they should work to change the law. In exceptional circumstances of unjust laws, ethical responsibilities should supersede legal obligations.”

With people by the tens of millions unable to afford medicines, we’re in “exceptional circumstances.”