Hitting Pause on Criticism of the FDA, Just for Today

The Food and Drug Administration (FDA) is just one agency out of the many that make up the United States Department of Health and Human Services and, from PharmacyChecker’s relatively small (non-regulatory) role of helping verify online pharmacies to protect public health, I’ve learned just how insanely massive its mandate is. I’ve also witnessed and participated in its criticism, and with good reason: the agency is not honest or forthcoming about personal drug importation, their regulatory process has been said to be “inherently biased” in terms of which drugs they choose to approve and their coziness with the pharmaceutical industry, among other things. Wikipedia has an extremely long page aptly called Criticism of the Food and Drug Administration, much of it having to do with its role with prescription drugs, and less so other sectors, such as food, tobacco and cosmetics.

As my greater advocacy initiatives have worked to implore the FDA to bring more balance, commonsense and fairness to regulating and providing consumer education about personal imports of prescription drugs, I’ve realized that I should practice the same in how I talk about the FDA. So, without further ado, a moment of praise amongst the criticism:

END_OF_DOCUMENT_TOKEN_TO_BE_REPLACED 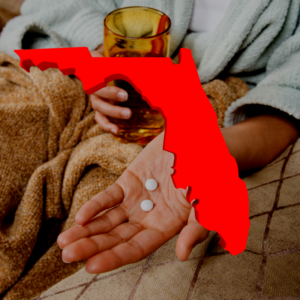 November 20, 2017 — Kaiser Health News reported that the FDA Office of Criminal Investigations sent agents and search warrants to several companies in Florida — often referred to as pharmacy storefronts — because they help Americans place orders and fill prescriptions with pharmacies located in Canada in addition to other countries.

The FDA has a lot of regulatory latitude to shape its enforcement agenda. Its efforts against counterfeit drug sales, opioid pushers (including drug companies), and rogue websites can greatly protect public health. However, we know that FDA/OCI has a history of actions more focused on protecting the profits of pharmaceutical companies.

PharmacyChecker.com opposes enforcement actions that target the safest international pharmacy options, whether via online pharmacies or storefronts, on which many Americans have come to rely because they can’t afford medications locally.

FDA has informed storefront operators that prescription drug importation is illegal and that they could face fines or jailtime for helping Americans buy lower-cost medication. END_OF_DOCUMENT_TOKEN_TO_BE_REPLACED 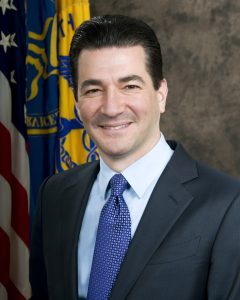 This week, FDA Commissioner Scott Gottlieb said something revolutionary about the role of the FDA. For many years, the agency has maintained that its sole focus when it comes to regulating drugs is to ensure their safety and efficacy, but that drug prices are beyond its purview. In remarks pertaining to the FDA’s new initiative to speed up generic drug approvals of complex  pharmaceuticals, Gottlieb stated that “if consumers are priced out of the drugs they need, that’s a public health concern that FDA should address.”

To those who support safe importation of lower-cost medications, that statement was the shot heard around the world. Indeed, drug prices are a public health concern. If we’re using logic, reason, and commonsense, it becomes untenable from a public policy and health perspective, grounded in basic medical ethics, to prohibit or even discourage importation of lawfully-manufactured medication by individuals who can’t afford it locally. END_OF_DOCUMENT_TOKEN_TO_BE_REPLACED

FDA Cannot Ensure the Safety of Medications Purchased from Canadian Pharmacies but can Health Canada? 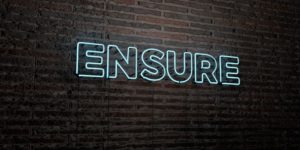 Let’s get into semantics. The word “ensure” is defined as to secure or guarantee, to make sure or certain, or to make secure or safe, as from harm. I submit that the FDA cannot ensure the safety of Canadian OR U.S. drugs, but that doesn’t mean they are not safe and effective…

The precise communications of the U.S. Food and Drug Administration have changed over the years on why it’s illegal for Americans to buy medications from Canada by personally importing them. Often the implication is that the agency cannot “ensure” or “guarantee” the safety of medications sold in Canadian pharmacies – and that’s why it’s illegal. Additionally, another reason used by the FDA  is that the drugs sold in Canada may not be approved by the FDA. These are not good arguments against buying lower cost medications from Canada because the Therapeutic Products Directorate of Health Canada, the FDA’s counterpart, is responsible for regulating the prescription drugs sold in Canadian pharmacies. Like the U.S., Canada has very strict rules to help ensure drug safety.

Neither country can guarantee the safety, efficacy and quality of medications in the two countries. However, their regulatory mechanisms have proven more than adequate, if not superior, so that patients buying medications will almost always obtain a properly manufactured medication. END_OF_DOCUMENT_TOKEN_TO_BE_REPLACED

Can four FDA commissioners be wrong about drug Importation?

Yes. Last week, the four most recent commissioners of the U.S. Food and Drug Administration sent an open letter to Congress declaring that an importation bill, The Affordable and Safe Prescription Drug Importation Act, introduced by Senators Bernie Sanders, Cory Booker, and Bob Casey, if passed, would jeopardize consumer safety. The bill, as described here, provides for an extensive oversight role for the FDA to help individuals and pharmacies import lower cost medications from Canada.

Don’t get me wrong: the former FDA leaders make pertinent points about regulatory issues implicated in reforming our importation laws, which should be noted – and then used to implement new regulations to expand importation from Canada – not used to pretend safe importation is impossible.

Thankfully, when the Washington Post covered this last week, they included something I said to the reporter: “The Internet has been a lifeline of affordable medicines, imported for personal use by using safe international online pharmacies that require valid prescriptions…” And if I had more to say… END_OF_DOCUMENT_TOKEN_TO_BE_REPLACED 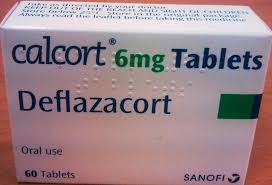