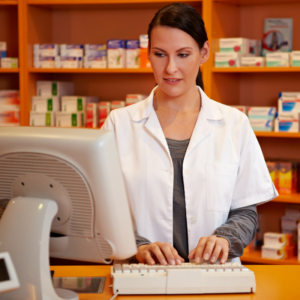 This article was originally published in English under the title “Minority Communities Needing Better Healthcare Means Highlighting Safe and Affordable Online Pharmacies” on the PharmacyChecker Blog on June 30th, 2017. It has since been translated by Pedro Díaz into Spanish.

END_OF_DOCUMENT_TOKEN_TO_BE_REPLACED

LegitScript, John Horton, Lies, and the Mission to End Online Access to Safe and Affordable Medication

LegitScript is again disseminating misinformation to discredit PharmacyChecker.com and its mission to help consumers safely access affordable medication, and we can bet that the very powerful pharmaceutical company interests LegitScript allies with are enjoying its efforts.

This week, LegitScipt’s John Horton blogged with apparent glee about charges by the U.S Attorney’s Office for Western Pennsylvania implicating several Canadian individuals and their company, Quantum Solutions, for allegedly exporting wholesale quantities of medications manufactured for foreign markets to U.S. pharmacists between 2007 and 2011.

Horton also states that the case involved the shipment of “bad” medicine, but there is nothing in the court documents indicating a problem with the quality of any of medications. Their labeling was apparently for the countries where they were being sold, which makes them “misbranded” if sold in the U.S. but not “bad” medicine. The drugs involved were expensive brand name drugs like Abilify, Zyprexa, and Plavix, costing hundreds of dollars per month in the U.S. but normally 80-90% lower in price outside the U.S. — which is likely what motivated the U.S. pharmacists to allegedly purchase the medication from abroad.

John Horton’s blog shows that in the world of online pharmacies, one party you can’t trust for reliable information is John Horton.

A very strange thing about the government’s filing in this case is an attachment listing website domains, a few of which are for international online pharmacies verified in our program.  There is no claim of wrongdoing by any of these sites. The filing explains that these website addresses are property which the U.S. government seeks to have forfeited by the defendants in the event of a conviction, as the addresses may have been purchased with proceeds of the alleged offense. Certainly there are other assets owned by the defendants that our government could seek, so why focus on these uninvolved websites? It would seem that if these websites were taken by the government, the public would lose access to several safe, low-cost pharmacies.

Not surprisingly, John Horton misrepresents at least one of these pharmacies as being “the subject of today’s criminal charges” (more lies). Horton goes further by posting this list of websites to his blog in what we see as an attempt to smear the reputations of these uninvolved sites and part of his ongoing tactics to scare Americans away from safe and affordable medication and keep us hostage to inflated drug prices at home. 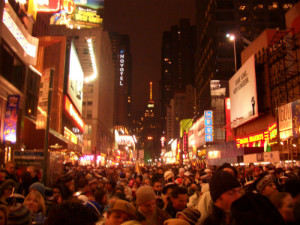 Just to recap why importation is a lifeline, let’s look at some highlights from recent data. END_OF_DOCUMENT_TOKEN_TO_BE_REPLACED

A Great Read for Americans Who Want to Know What the Heck is Going in With Drug Prices! 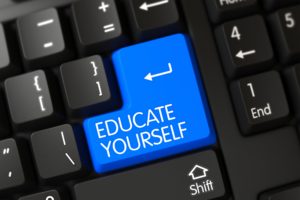 …about the high cost of meds.

For those who want a comprehensive but straightforward explanation about why drug prices are incredibly higher in the U.S. than in other countries, I strongly recommend reading in VOX, “The true story of America’s sky-high prescription drug prices.”

Many of you know that in other countries, such as Australia and Canada, government agencies negotiate with pharmaceutical companies through myriad policy interventions to keep prescription drugs affordable for their citizens. This article explains how that’s done, why it works – but also identifies the tradeoffs where in some cases a new drug is not available outside the U.S. because regulators decide it doesn’t offer additional value over existing drugs.

It also addresses the issue of how research and development to find new drugs may be negatively affected if the U.S. institutes more control over drug prices. Some people argue that broader access to currently available drugs at lower prices means fewer new breakthrough drugs coming to market. [EDIT 12/9/2016: I wanted to make clear that many people do not agree with this position and argue that more drug company profits are spent on marketing and advertising than on research and development and the pharmaceutical industry greatly exaggerates the prospects of less innovation due to drug price controls].

In speaking with lots of people on different sides of the political spectrum and with contrasting governing philosophies — everyone agrees that us Americans are getting a bad deal on drug prices right now. This VOX piece really speaks to the issues at hand, objectively and truthfully, and if you’re interested in “getting it” you should read it.

It’s a national disgrace that this Thanksgiving Americans will go without medication because prices are too high. First Coast News in Jacksonville, FL, and other ABC local stations, teamed up to report on the continuing crisis of high drug prices. Its opening is chilling: “In living rooms and kitchens across the First Coast, families are choosing between food and vital medicine.”

The report notes that prescription drug spending is much higher in the United States than in other rich countries. Why? “Well, other countries directly negotiate drug prices on behalf of their citizens.” And that explains why Americans are buying medications from outside the U.S., despite the federal restrictions. They are cheaper overseas.

Today I’m not feeling like just slamming Big Pharma and drug companies for their greed. On the heels of this bizarre national election, it’s our elected leaders who need to feel the heat. President Elect Donald Trump states: “Allowing consumers access to imported, safe and dependable drugs from overseas will bring more options to consumers.” It’s one of the few things that Americans, Right, Left and Center, would agree on.

Will Trump Stand up to Big Pharma on Drug Importation to Tackle High Drug Prices?

For the record, while I supported Obama for president, I was highly critical of the Obama administration for its obscenely cozy relationship with the pharmaceutical industry, one that has led to unprecedented increases in drug prices during his tenure. During his first presidential campaign, President Obama had vowed to stand up to drug companies, and he supported allowing Americans to import medication to find savings in other countries. He ended up making a deal with Big Pharma to help him pass Obamacare, dumping his support for Medicare drug prices negotiations and importation.

Candidate Donald Trump voiced his support for federal drug price negotiations to bring down drug prices under Medicare and allowing consumers access to lower drug prices from overseas. Those are two policies that the pharmaceutical industry has spent hundreds of millions of dollars defeating over the past decade through large contributions to Democrats and Republican alike in Congress. Of course, Americans can order medications online from foreign countries and import them for personal use, but under the Obama administration it has become more difficult and remains technically illegal.

Mr. Trump states on his website: “Congress will need the courage to step away from the special interests and do what is right for America.” During the Republican Primary President-Elect Trump vowed to stand up to the drug companies, mocking the career politicians who take their money and do their bidding in Congress.

From the Right, Americans who hate the heavy hand of big government will laud a President Trump that tells the FDA not to interfere with their freedom to purchase a lower cost medication from Canada or another country. From the Left and in states that border Canada, such as Michigan, Americans would love to see a president who will stand up to the outrageous U.S. pricing policies of multinational pharmaceutical companies by taking actions to expand access lower cost imported medications.

With high drug prices viewed as the #1 healthcare cost concern in the county, ALL AMERICANS WANT TO SEE TRUMP STAND UP TO BIG PHARMA.

Now let’s see if he does.