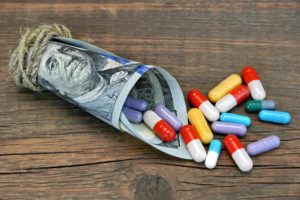 How would you feel if the cost for your brand name drug went up from a copayment of $44 to a cash price of $614 for a three-month supply ($6.82 a pill) when you went in to fill your script in 2017? If you take brand name Crestor 10mg then that may happen to you if you’re signed up with CVS Caremark, which is dropping that drug in 2017. In fact, large PBMs, such as CVS Caremark and Express Scripts are dropping lots of medications from their formularies in 2017. What’s insane is that brand name Crestor 10mg from the lowest cost international online pharmacy verified by PharmacyChecker is 29 cents a pill or $26 for a 90 day supply, dispensed from Turkey. If you prefer to buy it from Canada, it will cost a low of about $2.85 per pill, much more than Turkey but still almost 60% less than in the U.S.

We looked at 15 brand name medications that will no longer be available on some PBM formularies in 2017 and found that the maximum savings average is 74% if you purchase the medication from a PharmacyChecker-verified international online pharmacy compared to the lowest cost U.S. pharmacy options. For more on this price analysis check out today’s news release.

Most Americans have insurance, about 90%, which is a record high. No, I’m not getting into a discussion about the successes and failures of Obamacare, but you should know that just because you’re insured doesn’t mean you can afford medication. Looking at Kaiser Family Foundation data, about 41% of underinsured Americans between 18-64 don’t fill a prescription because of cost. That’s about 16.5 million (too many) people.

Lest you forget, for many of these dropped drugs, the generic is often available in the U.S. at lower cost than the brand name from an international online pharmacy. But not with Crestor. The generic of Crestor, Rosuvastatin, can be purchased at your local pharmacy, with the lowest prices ranging from $35-50 for a 3-month supply, which is more (but still comparable) to the lowest international, online cost of brand name Crestor.

Big Pharma picks up your copay tab. Is that cool? 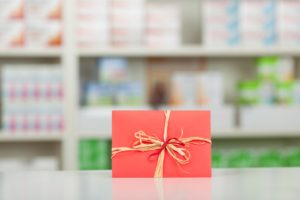 I don’t often side with global pharmaceutical companies but on the issue of their copay drug coupon handouts I do…but only kind of. Not to be mistaken with prescription discount cards, which are used by people who pay out-of-pocket and not with their insurance (if they have it), drug companies are increasingly giving away copay coupons to cover the copayments of expensive drugs – often for specialty medications but for traditional prescription drug as well. These coupons cover some of even all of your copayment. That’s really cool! Thanks Big Pharma.

The problem is that your health insurance company is still footing the bill for the drug and while you may be OK with that, UnitedHealth, Aetna, etc.  — Big Health — are not. Now don’t get too happy because higher drug costs for health insurance companies often lead to higher deductibles and premiums that you will have to pay. And there’s worse. END_OF_DOCUMENT_TOKEN_TO_BE_REPLACED

We have a great new Spanish version of our site that you can find here:  http://www.pharmacychecker.com/es/.  We’re really proud of this! Spanish-speaking Americans and immigrants who can’t speak English or just feel more comfortable in Spanish can access our online pharmacy verifications, international and local pharmacy drug price comparisons, and learn how to afford and find savings of 90% on many prescription drugs.

As much as Americans overall are struggling to afford prescription medication, the problem is even worse in the Hispanic community. First of all, the uninsured rate is much higher among Hispanics and therefore they are more likely to pay the full cash drug price at the pharmacy. Sadly, studies show that Hispanics are even more likely to just not take prescribed medication at all because of cost. While of course most Hispanics living in the U.S. speak English – 38% speak mainly Spanish.

And check this out: there are more Spanish speakers living in the U.S. than in Spain! About 53 million overall, with 11 million of them native English-speakers who are bilingual. So the prescription savings information that is now in Spanish on PharmacyChecker.com could be a great boon to tens of millions of Americans and immigrants living in the U.S.

People who don’t take their prescribed medications can get sick, end up in the hospital or die. No one living in the United States should have to go without medication because of cost and our new Spanish site will potentially help fewer people make that decision.

Since open enrollment began two days ago, Medicare beneficiaries all over the country have been looking for new Medicare Part D plans. In fact, based on our analysis of recent Part D Reviews on MedicareDrugPlans.com, you’d think most enrollees were looking for new plans! Of the past 50 reviews on the site, this is what we found:

While we can’t say much about how to prevent dealing with mail order pharmacy or customer service issues, we know that you have the power to tackle formulary problems. Just so we’re clear, the way to find out which plans cover the drugs you need is at the government’s site, Medicare.gov – not on MedicareDrugPlans.com. MedicareDrugPlans.com serves as a listening board for what you need to look out for when you pick your plan, and is meant to be a supplement to the government’s site, so we recommend using both while selecting a plan. That way, you can make sure your drugs are covered and hopefully avoid any unforeseen issues.

Finally, it’s unfortunate that most of the reviews and ratings of Part D plans are negative ones. We want positive ones! We know that many Americans are benefiting from the plans. To whomever this applies: please help your peers by reviewing and rating the Part D plans that you like.

Back in July, we brought you Part I of a series of posts about how to afford Sovaldi (sofosbuvir), the new Hepatitis C (Hep C) cure in the form of a $1,000 pill — $84,000 for the standard 12-week treatment. We focused on consumers paying for Sovaldi in cash. It wasn’t pretty.

Thankfully, most Americans who are taking and will take Sovaldi are covered by health insurance. And if Sovaldi is on the drug list of your health insurance plan then the cost can be a co-pay of $75/month or sometimes $175/month, which is not too bad all things considered. However, as we know – health insurance policies don’t cover all medications, even ones that are far less expensive than Sovaldi. Not surprisingly, health insurance companies are resisting open coverage policies for Sovaldi. In fact, there’s a big battle brewing between Big Health and Big Pharma about who is to blame for problems with affordable access to Sovaldi and other specialty meds – but that’s for another day.

The short answer to the blog title question is – Sovaldi coverage depends on multiple and often technical variables, such as, your age, current health, efficacy of other treatments, intolerance to treatments that are recommended to be taken with Sovaldi, Hep C genotype, history of drug abuse, and more! Herein I do my best to shed some light on what’s up. I believe you’ll find below that most privately insured Americans with Hep C are not guaranteed access to Sovaldi. END_OF_DOCUMENT_TOKEN_TO_BE_REPLACED