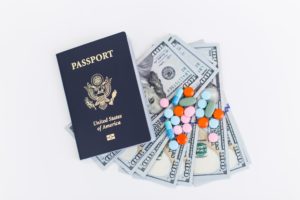 The hearings on Capitol Hill about drug prices were a big deal this week. To policy wonks. All the rage was the report by the National Academies of Sciences about policies to lower drug prices. There was lot of intriguing discussion, debate, and deliberation on things we should do. Many that I agree with! Blah, blah, blah, blah. Medicare should negotiate drug prices! We should make generics available quicker! We should clamp down on patent abuse by big pharma! More price transparency! Stop direct-to-consumer advertising! Blah, blah, blah…blah. All of this was a big deal. To policy wonks.

What about people today?!??!

Now I like talking policy – too much sometimes. But I’m not writing about that hearing. No way. I came across a little piece in the New York Times, which loudly reminded me of this fact: While Congress debates, activists act, and policy nuts pontificate on drug prices –foreign pharmacies are the solution that saves American lives NOW. This is indisputable.

Access to more affordable drugs keeps Americans out of the hospital, able to lead more productive lives – and living. That’s what the most conclusive research proves.

For that reason: There’s no doubt in my mind that properly verified Canadian and other foreign online pharmacies are a boon to public health because they are far cheaper than U.S. pharmacies. Just to be clear: It’s not just that they help Americans save hundreds of millions of dollars a year – maybe billions (wish I knew). They are saving lives. END_OF_DOCUMENT_TOKEN_TO_BE_REPLACED

Americans Don’t Buy Safe and Affordable Medication Online Out of Fear and the Law: Sad

According to a Zogby Poll (see graphic) conducted in February of this year, 31.6% of Americans who said they have never ordered a medication online from another country cited fear of substandard drugs. Another 32.3% cited the law restricting the practice. Most often (44%) people said they preferred to get medication from local pharmacists, which I liked – but I’m aware that for that group affordability was less of an issue.

What bothers me is that out of the 45 million Americans who did not fill a prescription in 2016 due to cost, how many would have been able to if educated properly about safe international online pharmacies or if the law was more permissive? END_OF_DOCUMENT_TOKEN_TO_BE_REPLACED

AARP Report Shows Dire Situation of Accelerating Drug Costs from 2006-2013. What can Americans do?

Many of these brand drugs are covered by private and public pharmacy benefit plans, including Part D – but too often they are not, which leaves Americans having to foot the bill out of pocket. Even covered brand name drugs often mean very high co-payments or co-insurance. If you’re paying out of pocket and can’t afford your brand name drug, international online pharmacies have much lower prices – an average of 84% less on a basket of popular medications.

In the past, AARP has been criticized, not surprisingly by the pharmaceutical industry, for just looking at brand name drug prices in its drug price reports and not generics, which help moderate increases. But this latest report measured 622 drugs, a large basket that included brand, specialty and generic drugs. Brand and specialty drug prices were up an average of 12.9% and 10.6%, respectively, compared to a decrease in average generic drug prices of 4%.

AARP’s report concludes that it’s possible, “we can no longer rely on lower priced generics to counterbalance the price trends seen in the brand name and specialty prescription drug markets.” And things appear to be getting worse.

After reading the report, which looked at prices up to 2013, I was curious to find out how much brand name prices increased last year. In 2015, brand name drugs still under patent were up almost 15%, and generics, which tend to get cheaper, had even increased by almost 3% on average [Source]. These drug price increases corresponded with an inflation rate increase of .1%!

With about 30 million Americans still uninsured, many more millions of underinsured with inadequate pharmacy benefits, and drug prices continuing their ascent, tens of millions of Americans will continue to forgo prescribed medication entirely. Fewer will have to make this choice by comparing drug prices among safe international online pharmacies and local pharmacies using prescription discount cards at www.pharmacychecker.com. 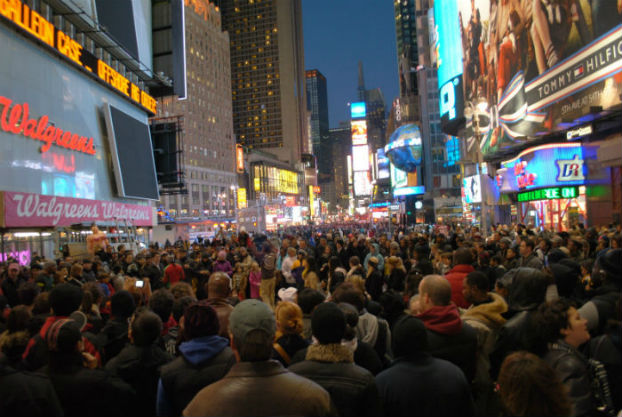 As we move out of 2015 and into 2016 with a strong wave of hostility rising throughout the country about high drug prices, what I’m about to report may seem incongruous. Fewer Americans seem to be buying lower cost medications from other countries. For the past few years, largely based on data from the CDC in 2013, I’ve published the number five million as the approximate number of Americans who, due to high drug prices, import medication annually for personal use. But a newer CDC report published in 2015 (that I recently came across) puts that number closer to four million, a 20% decrease.

If drug prices are going up, and Americans are fed up with prescription costs, wouldn’t you expect more people to be buying lower cost medications from outside the country? With fewer Americans buying medication internationally, potentially one million, how many of them are simply not taking prescribed medication? Are our most trusted authorities scaring Americans away from obtaining lower cost medications from other countries, or has affordable access improved over the past few years?

END_OF_DOCUMENT_TOKEN_TO_BE_REPLACED 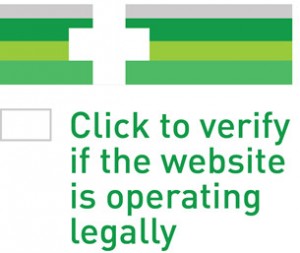 Today, online pharmacies that are based and selling medication internationally within the European Union (EU) are required to publish a new EU online pharmacy logo, as shown in the image to your left. We have updated our Verification Program requirements to reflect the EU’s new rules. The practice of international pharmacy is expressly legal within the EU, unlike between, say, the U.S. and Canada, although some EU member countries place national restrictions limiting the scope of cross-border sales. Only online pharmacies based in the member states of the EU are eligible for the new seal. Each seal will contain a special link that consumers can click to verify the seal’s authenticity.

Like the PharmacyChecker seal (right), the purpose of the EU logo is to help consumers shop safely for prescription drugs over the Internet and avoid dangerous pharmacy sites. To obtain a PharmacyChecker seal, an online pharmacy must meet many safety requirements, but its program seeks to maximize global access to safe and affordable medication to protect public health. The PharmacyChecker seal can also be authenticated by clicking it. If the seal profile is not hosted on www.pharmacychecker.com, then it’s a fake seal!

It’s very important to understand that regulating online pharmacies in the EU is very different from U.S. regulations that can prevent Americans from obtaining safe, affordable prescribed medication. Unlike tens of millions in America, citizens of the EU are generally not faced with having to choose between food and medicine due to the high cost of prescription drugs. Why? The costs for prescription drugs are much lower in the EU than in the U.S., and their healthcare systems better ensure that everyone has access to affordable medication. Therefore, unlike Americans, EU citizens are not usually looking online for medications to treat asthma, depression, diabetes, heart disease, osteoporosis, and stroke because they can afford them at local pharmacies. They are much more likely to be bargain hunting for less essential medications, such as those that treat erectile dysfunction and hair loss, because those medications are often not covered by health insurance policies in the EU – similar in that respect to health coverage in the U.S.

Identifying online pharmacies that sell safe and effective medications and meet critical safety criteria protects consumers, and so does helping them find the lowest drug prices. That’s why we launched PharmacyChecker.com in 2003. However, I have a mixed mindset about the new EU online pharmacy logo. I believe that people in the EU, like those in America or anywhere, should be able to access safe and affordable medication globally if they can’t obtain it locally. It’s difficult to tell if the EU’s new logo and rules will impede access to medicines; although, as discussed, drug affordability is a much, much smaller problem in the EU than in the U.S. We’ll be closely following how the new regulations are working and what impact they have on consumers and their online access to safe and affordable medicine.