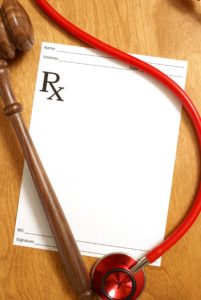 And that’s why PharmacyChecker.com does what we do: verify and identify the safest international online options, educate and warn about rogue pharmacies, and get vocal about it. While the drug companies are obscenely powerful and are spending through the teeth to create anti-importation op-eds and reports, and giving members of Congress lots of money, the truth is a pretty powerful adversary as well. And importing medication from a licensed pharmacy in Canada (and many other countries) is, in the real world of facts, safe.

The letter also states: “Preventing Americans from buying affordable medication is clearly the wrong thing to do, which is why individuals are not prosecuted for small personal use quantity imports.” Amen to that. At least 1/3 of this blog has become documenting the shenanigans launched by drug companies’ efforts and lobbying to curtail current options to afford medication internationally. A swell of support for commonsense and compassion is growing.

The coalition (to be far more candid than necessary) that signed this letter probably does not believe that importation or online pharmacies are the solution; they just believe that making the safest importation lawful is viewed as a baby step to much bigger policy changes. Those changes would make medication prices lower here at home – potentially making PharmacyChecker.com’s information less important to Americans. Que sera, sera.

The groups that signed the letter are listed below: