Consumers Missing from Bloomberg’s Investigative Reporting on PhRMA and Importation 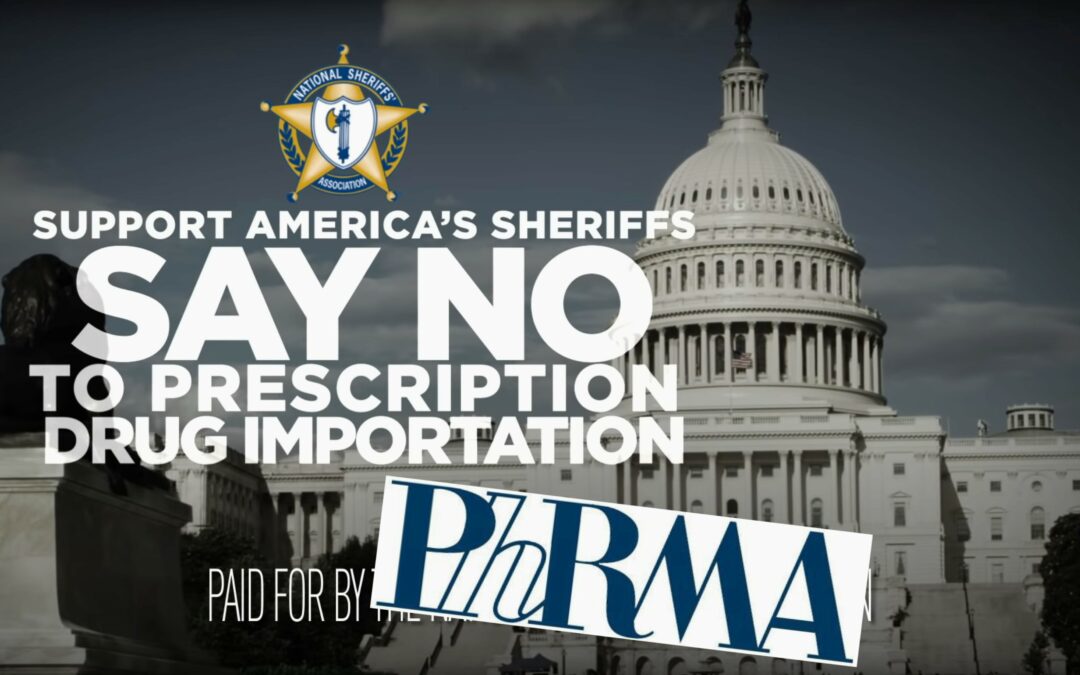 This week, journalist Ben Elgin of Bloomberg published an exceedingly thorough and investigative report about how the Partnership for Safe Medicines (PSM), funded by the Pharmaceutical Researchers and Manufacturers of America (PhRMA), is behind a massive campaign to defeat drug importation proposals that seek to lower drug prices. In fact, the report disclosed that PSM apparently received $7 million in 2017 to oppose importation. But the story omitted what’s arguably most important to consumers now, as I see the evidence shows: PSM’s misinformation about access to lower-cost medicines available online from foreign pharmacies.

I’ve been writing about the Partnership for Safe Medicines since 2010. PharmacyChecker is a target of PSM’s “public education” campaigns about online pharmacies, and PSM is one of the defendants in our current antitrust lawsuit against several organizations funded by drug companies. PSM’s recent blitz against drug importation is not just about state wholesale drug importation proposals or Trump’s related initiatives: far from it. The evidence from its history shows it’s about undermining the case for personal drug importation.

The Bloomberg report points correctly to 2003, the year that legislation passed to allow importation from Canada, but with a poison pill built in. The Secretary of Health and Human Services would have to certify that the new imports would pose no new safety risks and would achieve significant savings. It was that same year that PhRMA hired Edelman, a public relations firm, to put together focus groups to find out how to stop Americans from importing their medications for personal use, since the federal prohibitions were not a deterrent (as no one is prosecuted for such small imports). PhRMA concluded that instilling fear of counterfeit drugs among consumers was the way of the future. That year, PSM was born.

Of course, it’s not a secret that drug companies oppose imports of lower-cost medicines, and lobby Congress and the federal government to prevent them. However, Elgin’s report shows in detail how they use subterfuge, payoffs, manipulation of the media, and conflations with real crises (like opioids) to undermine initiatives that may threaten the profits of the pharmaceutical industry. It really was a tour de force! Except, the article seemed to miss what PSM is really all about.

The Bloomberg piece follows the money from PSM to law enforcement groups, like the National Sheriff’s Association, that accepted money to then publicize the dangers of drug importation proposals that some U.S. states are working on to bring down drug prices. Bloomberg identifies the campaign’s origins to PSM paying former FBI Director Louis Freeh to write a report that would be used over and over again as the bible about why the state proposals are dangerous. I did my best to debunk the Freeh report back in March.

“For most of its life, the PhRMA-backed nonprofit focused on raising awareness about counterfeit prescription drugs and fly-by-night online pharmacies. That changed after the 2016 election, when both candidates, Donald Trump and Hillary Clinton, expressed support for importing cheaper medicines from foreign markets as a means of cutting drug prices.”

That’s wrong. He makes it sound like PSM was a real consumer protection group… until 2016, that is. For most of PSM’s life, beginning in 2003, it has been doing basically the same stuff that Elgin reports began in 2016. I wrote about PSM’s work in The Hill back in 2014. Think about it: as reported in Bloomberg, PhRMA is the main backer of PSM. It makes sense that PhRMA doesn’t want the public to know that it’s actually safe to use properly credentialed international online pharmacies for importing much cheaper drugs. According to a recent report published by the American Enterprise Institute, if consumers stick to credentialed international online pharmacies, personal drug importation is safe. That safety is too often ignored, including in Bloomberg’s article.

The Bloomberg article raises the question about whether or not drug importation proposals will really help lower drug prices. “The drug industry’s campaign is all the more remarkable when you consider that it’s aimed at defeating importation proposals that probably wouldn’t significantly alter the U.S. market, anyway.” Yes, it’s so remarkable that it’s not true. Do you really think PhRMA and PSM are spending all that money on a policy they believe won’t really affect drug prices? Why would they do that? A paper by Professor Stephen Salant is making its way around academia that shows drug importation is a major threat to the bottom line of drug companies – and it’s an efficient policy for lowering drug prices.  And that’s why Pharma is scaring people away from personal drug importation.

How do you think consumers are affected by reading this article? I can promise you that the millions of Americans who buy meds internationally each year would not agree with this statement: “It’s by no means clear that allowing the importation of drugs from Canada would help U.S. consumers save.” According to the Kaiser Family Foundation’s survey in 2016 (ironically), about 20 million Americans say that they have imported medicines because of cost. The savings are incredible, as our analysis of the House Ways and Means Committee’s report showed.

For many years now, I’ve read countless op-eds about how it’s dangerous to buy medicine online from foreign pharmacies. That’s because the drug companies are spending countless dollars to publish them. I wonder how many of these writers are duped by pharma; it does happen, and Elgin provides a great example. He talks with Tim Hampton, a retired police commander from the Phoenix Police Department. Mr. Hampton was approached by a PSM consultant about authoring an op-ed about the dangers of the state drug importation programs and illegally imported fentanyl. Having seen many people die from the opioid crisis, Mr. Hampton was motivated to put his name to this effort. He was misinformed that the state drug importation programs would worsen this crisis. He later realized that this was not true at all. He said:

“I should have done some more homework… You can’t trust these guys in the pharma industry as far as you can throw them.”

The same goes for PhRMA/PSM’s positions on personal drug importation and online pharmacies.