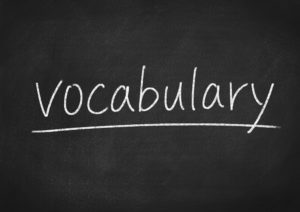 According to the Merriam-Webster Dictionary, the definition of misbrand is “to brand (as a food item or drug) falsely or in a misleading way; specifically : to label in violation of statutory requirements.”

According to the U.S. Food, Drug and Cosmetic Act, a misbranded drug is so designated if it is “false and misleading;” doesn’t have “adequate directions for use;” and doesn’t bear “adequate warnings.”

Although there are many other reasons a medication is called a misbranded drug under U.S. law, the above are critical to understand when it comes to drug importation. Most medications sold in pharmacies throughout the world—ones made to perfection by companies such as Eli Lilly, Merck, and Pfizer—are considered “misbranded” if you import them. These medications are not “branded falsely or in a misleading way.” In fact, they are branded under the statutory requirements of the pharmacy’s country – but not according to U.S. law.

To bring this home: a drug made in the same plant in the UK, for example, that is sold in Canada and the U.S., and is identical in every respect, is considered “misbranded” if you import it from Canada solely because its label is different.

Examples of drugs that the FDA may refer to as misbranded if imported into the U.S. from a licensed pharmacy in Canada: Dexilant, Flovent, Januvia, and Lantus Solostar.

Merriam-Webster to my surprise uses FDA regulations to explain its definition of the word unapproved. It states unapproved means “not judged to be acceptable: not given official approval: not approved: drugs unapproved by the FDA: an unapproved credit card transaction: unapproved travel expenses.”

“Unapproved new drugs are any drugs, including foreign-made versions of U.S. approved drugs, that have not been manufactured in accordance with and pursuant to an FDA approval” (Source).

The confusion with this word is that it applies to treatments that are not available for sale in the U.S. because they have not been approved by the FDA, either because the manufacturer did not apply to or have been rejected by the FDA’s drug approval system.

One telling example is the drug deflazacort, a steroid used to treat Duchenne muscular dystrophy (DMD). That medication, available in other countries, was “unapproved” by the FDA for the treatment of DMD. American parents imported it for years from the UK, for their children with DMD, at a price of about $750 for a year supply of pills. The unapproved deflazacort was, of course, very much approved in the United Kingdom. Marathon, a drug manufacturer, then applied for FDA approval of its brand version of the drug Emflaza, which was approved in February of this year. Emflaza’s price tag was $89,000 a year. Marathon ended up postponing the launch of Emflaza because insurers and patients were happier with their less expensive unapproved deflazacort. It is a great tale about personal drug importation.

A simpler and more mundane description of an unapproved drug is a drug that was not manufactured in an FDA registered establishment, meaning a drug-making plant on FDA’s establishment list.

Even AstraZeneca’s purple pill, Nexium 40 mg, sold in the European Union is unapproved if imported because it’s sold as a tablet in European pharmacies, whereas the prescription version sold here is a capsule. Nexium 20 mg is now OTC in the U.S. – as a tablet!

When Martin Shkreli, then CEO of Turing Pharmaceuticals, raised the price of Daraprim to $750 a pill back in the fall of 2015, the unapproved version made by GlaxoSmithKline was about $6 per pill in the UK.

What about counterfeit and adulterated drugs?

Unlike lawfully-produced, licensed medications in foreign countries, counterfeit drugs really are evil, dangerous and sometimes lethal. There are different definitions of the phrase “counterfeit drugs” but suffice it to say that they are either unlawfully-manufactured or the people packaging them lie in some manner about the contents.

Adulterated drugs are ones that have been compromised during the manufacturing process so that they don’t meet the specifications of the relevant drug regulatory authority, such as the FDA in the U.S. or the European Medicines Agency in the EU. In 2010, for example, it was announced that GlaxoSmithKline paid $750 million in a settlement for knowingly making and distributing adulterated drugs. One example is that the drug Paxil CR, which treats depression, did not have the active pharmaceutical ingredient because of a flawed manufacturing process.

Medication at your pharmacy can become adulterated as well if it’s not stored properly or it passes the expiration date, which can mean its efficacy is compromised.

Most medications imported for personal use, over 99%, get to the patients who ordered them to fill valid prescriptions. However, sometimes the FDA refuses an import. In these rare cases, the patient will get a letter stating that the drugs appear to be misbranded and/or unapproved. The FDA can take those drugs and destroy them under most circumstances just because they are misbranded and/or unapproved, which as I’ve explained ad nauseam is not a good enough reason to do so.