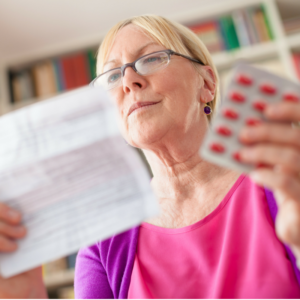 As reported by the Associated Press, FDA Commissioner Scott Gottlieb announced a plan earlier this month to stop imports of opioid drugs by doubling the number of inspectors at international mail facilities. This type of targeted enforcement against opioid drug products is the stuff of real public health protection, but it can easily be misused to refuse online pharmacy orders of prescription medication imports. Millions of Americans are ordering medications from abroad because they cannot afford the exorbitant prices here in the United States. Prescription medication orders from licensed pharmacies in Canada and other countries should not be conflated with illegal importation of opioids.

Keep in mind, although it rarely happens, the FDA does have the authority under current law to destroy medications (such as Flovent for asthma, Januvia for Diabetes, and Xarelto for people who have had strokes) imported by an individual to fill a prescription (21 U.S. Code § 381(a)). The process of destroying personal use imports was made easier after Congress passed Section 708 of the Food and Drug Administration Safety and Innovation Act of 2012, which called for the creation of federal regulations that would provide due process for the importer before a refused medication was destroyed. See: “Americans Voice Concerns Over FDA’s Proposed Section 708 Regulations to Destroy Safe Imported Medications.” Those regulations went into effect in 2015. Anecdotally, I’ve heard that import refusals and destructions are still minimal, at least when they are shipped from pharmacies that require a valid prescription and the drugs are not controlled (Valium, Xanax, Adderall, Vicodin, Fentanyl, etc.).

However, import refusals and destructions might be minimal due to the capacity of current staffing. In its communications about stopping opioid imports, the FDA would like to increase the number of packages refused and processed before destruction from 40,000 to 100,000. The Associated Press wrote: “The work is time-intensive. Shipments must be tested in a lab and put through a legal review before they can be destroyed.” That process may be the due process required under federal law to a destroy a drug, whether its Fentanyl from China or an asthma inhaler from Canada. I’m not sure, but you get why it’s concerning.

Drug dealers currently use the Internet to buy ingredients for opioid-based counterfeit drugs, often importing them from China. Let’s try and stop them. Opioid dealing on the Internet is not the same as folks with valid prescriptions going online to find better international prices on their blood pressure medication. I know that Pharma is all over this to use it against safe personal importation and, rest assured, I’m following this very closely.