Is the FDA Summit about Online Opioid Sales or Opposing Drug Importation? 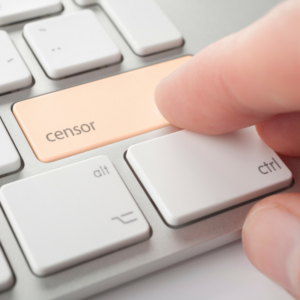 For years, the pharmaceutical industry and the FDA have used the global problem of counterfeit drugs to lobby against importation of lower-cost prescription medicines. They have used the online sale of controlled drugs without a prescription as a pretext to curtail online access to licensed pharmacies in Canada. And now they’re using the opioid addiction and overdose crisis as well. So, when I learned that there will be a meeting hosted by the FDA, a “Summit” to address the problem, my radar went up. What is this really about, and who has a seat at the table?

The event is called “FDA Online Opioid Summit: Reducing Availability of Illicit Opioids Online.” I have no doubt that the participants genuinely want to stop illegal opioid sales on social media sites and rogue pharmacy sites, but Panel #1 is essentially the usual pharma suspects from the Alliance for Safe Online Pharmacies, who spent about half a million bucks lobbying Congress to stop prescription importation legislation that doesn’t even allow imports of controlled substances at all. Since 2009, that group has been pushed by Eli Lilly on the Obama administration to shut down safe international pharmacies under the guise of going after rogue sites and counterfeiters.

Going down the list of Panel #1 experts (not including the one FDA expert):

Tim Mackey, adviser to the Alliance for Safe Online Pharmacies; academic whose many studies have been funded by drug company interests on this issue

John Horton, President of LegitScript and Co-founder with Eli Lilly and the National Association of Chain Drugstores of Alliance for Safe Online Pharmacies

Garth Bruen, Fisher College, teamed up with John Horton back in 2008 and 2009 to uncover bad online ads found on search engines for controlled drugs without a prescription, which was later used to target safe international online pharmacies, preventing them from advertising on Google. However, Mr. Bruen doesn’t have the same history of working with the pharmaceutical industry as the others and brings unique expertise on how to target opioid selling sites.

The panelists will likely raise points such as, “We have to take down illegal online pharmacies to protect patients.” Their inevitable willingness to equate international sales of non-controlled, safe and effective medicines (lower cost ones for asthma, blood pressure and diabetes) to U.S. patients with a valid prescription with “illegal online pharmacies” does NOT protect patients—it puts them at risk of not filling their prescriptions due to cost.

Then Internet stakeholders (Instagram, Google, Facebook, Snapchat, Bing, etc.) will tell the group what they are doing to police their platforms. Some will note that they only allow advertising of legitimate online pharmacies, ones approved by the National Association of Boards of Pharmacy or LegitScript, and they will remove content when notified of its violative nature. Then they’ll promise to do more. There will be some back and forth on what is censorship of legitimate content vs. hosting of illegal behavior; a set of principles might even be thrown around.

FDA Commissioner Gottlieb will give a speech to close out the public discussion with strong statements about how opioid addiction is devastating America. He will say that the Internet is making it worse, and that’s true, but the scope of its contribution to the problem is likely much smaller than he will imply.

The conference will close with a private session about what to do next, which will include a discussion of “Voluntary Protocols” (see my congressional testimony on this issue). And that’s when the Internet gatekeepers will be prodded by the FDA and Pharma and Friends, “Oh, and by the way, you better do something about all online medication sales that involve personal importation, safe or otherwise.” Hopefully, the Internet giants won’t bow down to such gross self-censorship.

For an investigative look at this phenomenal industry-funded campaign against importation, see this recent Tarbell article: “Keeping International Pharmacies Under a Cloud.”