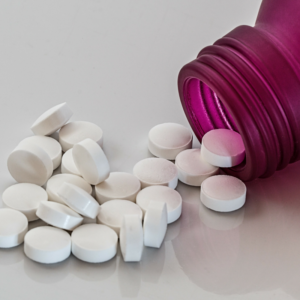 The FDA has made it it’s business to shine a bright light on the evils of illegal fentanyl imports, which are sometimes sold online. That focus seems like it’s a good one. Illegal fentanyl imports get into the hands of drug dealers who use the ingredients to make counterfeit, opioid-based drugs. They sell them to addicts who too often overdose and die. I’ve written a lot about the FDA’s crackdown on illegal fentanyl imports being misused to stop imports of prescription medicines on their way to American patients from Canada and other countries. However, something much more troubling actually has gone down over the past few years.

According to documents obtained through a Freedom of Information Act request by the John’s Hopkins Bloomberg School of Public Health, the FDA ignored information about off-label prescribing of the most dangerous prescription opioid drugs: fast-acting fentanyl or transmucosal immediate release fentanyl (TIRF). Those drugs were approved to treat the most serious pain experienced by cancer patients. Instead, drug companies encouraged off-label prescribing for patients experiencing lower levels of pain and certainly did not have terminal illnesses.

In 2016, the FDA became aware of the issue, but really didn’t take any action to rectify the situation. That same year, 19,413 people died from overdosing on synthetic opioid drugs. Last year, the number had jumped to almost 30,000 (National Institutes of Health).

In contrast, ZERO deaths were reported from imported medicines ordered from pharmacies that required a prescription.

How did this happen?

Back in 2011, the FDA realized that off-label prescribing was a risk. So, what did the agency do? They tasked the drug companies with taking steps to reduce their own sales and revenues of these products!

From the New York Times:

“The F.D.A. established a distribution oversight program in 2011 to curb inappropriate use of the dangerous medications, but entrusted enforcement to a group of pharmaceutical companies that make and sell the drugs.”

This was going on while the FDA, under the Obama administration (and now Trump), focused taxpayer dollars and scarce resources on scaring Americans away from ordering safe, lower-cost medicines from Canada and other countries, shutting down international online pharmacies like CanadaDrugs.com and taking more people’s prescription orders at mail facilities.

Meanwhile, Big Pharma was lobbying/advocating for a law to increase seizures of illegal drugs, such as fentanyl, but would go on to include stopping regular prescription drug imports, ones Americans can afford.