Some pharmaceutical industry folks, and their political allies, like to make the point that our nation’s seniors no longer need access to lower cost foreign medication because they now have new and improved Medicare drug plans. But a new report by IMS indicates that drug costs are having a negative effect on public health, including for our seniors’. Put simply, the data indicates that even with the improvements and savings offered by Part D of Medicare (Medicare’s drug benefit), seniors still struggle to afford the drugs they need.

According to the report, medicine use by 65 year olds decreased 3.1% — the largest decrease in any age group. As reported in the New York Times, Michael Kleinrock, director of research development at the IMS Institute for Health Informatics, a group that consults for the drug industry, said that seniors appear to be “rationing their care as they struggled to pay rising bills on fixed incomes.” Mr. Kleinrock also said, “We’re reaching a tipping point where patients will actually take that increased cost and use less medicine.” Leigh Purvis, who studies drug prices for the AARP explains that the drugs most often cut are those “where you don’t necessarily develop symptoms when you stop taking them.” 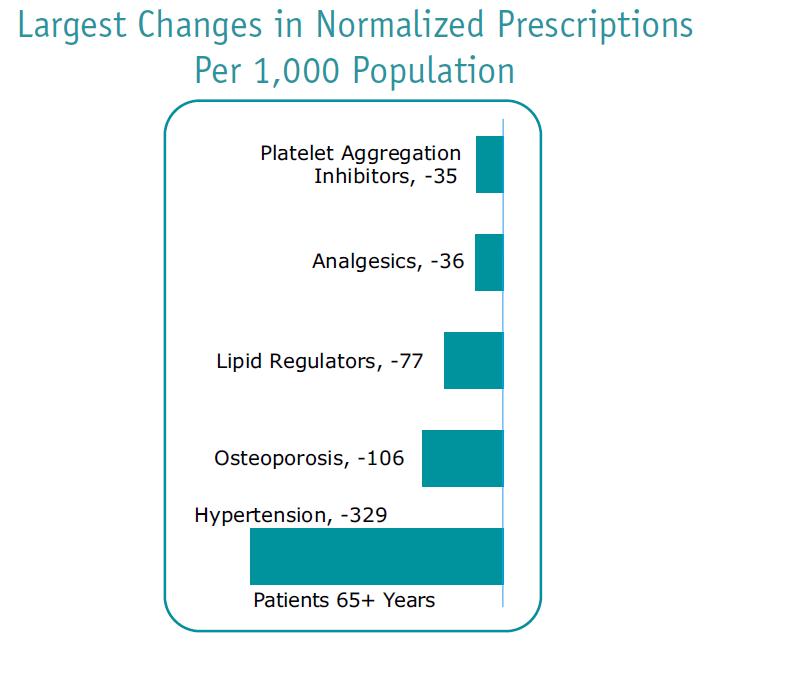 Some improvements to Part D of Medicare have already been implemented and the IMS data shows a $1.8 billion decrease in out of pocket spending on prescription medication that is likely due to these improvements.  More improvements are on the way as long as the Affordable Care Act is not overturned. However, it’s clear that our seniors continue to suffer negative health consequence because of drug affordability problems.

A recent survey by RxRights.org, a non-profit group advocating for Americans who purchase medication from Canada and other countries, shows that just over half of people who personally import medication through online pharmacies are in Medicare. So even with Part D available to them, they actively seek lower drug prices outside the United States, making it abundantly clear that seniors continue to need the option to personally import prescription medication. It is important that they do so safely, using pharmacies approved by third-party verification programs such as PharmacyChecker.com.