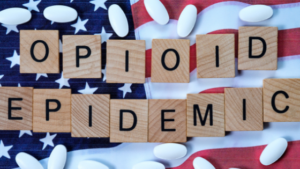 This week, our nation’s great senators passed a bill, the Opioid Crisis Response Act (OCRA), to fight back against the opioid epidemic. You think we’re stuck in partisan gridlock? Well, think again: the bill passed 99-1. This is how it goes down when Pharma is cool with a bill. Big Pharma can unite Congress like no other industry, organization or, certainly, president can. This bill passed unanimously (almost), because senators don’t want to vote against a bill that is seemingly dedicated to tackling opioid addiction. But some provisions, ones that may curtail access to safe personal drug importation, are unrelated to opioids and you can smell Big Pharma working behind the scenes.

There’s some easily digestible intrigue relating to this bill and personal importation, but the language itself is obscure and annoyingly technical as well.

Let’s start with the intrigue.

A bill numbered H.R. 6, passed the House in late June 2018. The bill was called: “Substance Use-Disorder Prevention that Promotes Opioid Recovery and Treatment for Patients and Communities Act or the SUPPORT for Patients and Communities Act.”  [To find it via the link provided, click the bill text, and then use the dropdown to find the version of the bill on June 28th, 2018].  That earlier H.R. 6 included the following language:

That language applies to both the bill itself and the existing statute, which further complicates things, but the gist is simple:

The author of that language wanted to make clear that this legislation should not affect small, personal or household quantity medication imports.

After the bill passed, 396-14, it went to the Senate, specifically the Senate Committee on Health, Education, Labor and Pensions (HELP), led by the chair, Senator Lamar Alexander (R-TN) and ranking member, Senator Pat Murray (D-WA). In HELP, I believe that Senator Alexander crossed out H.R. 6 and added a whole new bill in the form of a substitute amendment. That substitute amendment, without vote or a committee conference report, removed the language above that was protective of personal imports.

Go to the bill H.R. 6. [After clicking the link, you’ll see “AMENDMENT” – “Strike all after the enacting clause and insert the following.” That’s what I mean by replacing the entire bill with a new one; one that contains new language and omits other language.]

This backroom editing and revising of bills often undermine the democratic process but is sadly commonplace in Congress. Large industry trade associations know how to play the game to make sure those revisions and edits work in their favor. There is no better player than the Pharmaceutical Researchers and Manufacturers of America (PhRMA) and their allies.

But what the hell does that definition above mean and pertain to anyway?

It relates to something called debarment. Under federal law, specifically Section 301 (cc) of the Food, Drug and Cosmetics Act, Title 21 U.S. Code 331, a person who is debarred cannot be involved in certain work relating to FDA-regulated industries.

And by adding the bolded text as you see below to define a Prohibited Act:”

“The importing or offering for import into the United States of an article of food or a drug by, with the assistance of, or at the direction of, a person debarred under section 335a(b)(3) of this title”

Let’s say you buy your cholesterol and asthma medication from Canada on a regular basis.

That’s a pattern. Under federal law, because of the Canadian label, the medications are misbranded, even if they are the exact same drug as the one sold here. In theory, this patient and/or a person who has helped that patient can be debarred from doing so.

There you have it. Now you see why that original language was in there to protect such people who import medications that are consistent with personal or household use by the importer – not resale.

Another part of this bill that threatens importation are the provisions taken from the Synthetic Trafficking and Overdose Prevention Act (STOP Act). The STOP Act’s stated goal is to stop illegal imports of fentanyl and other drugs. The STOP Act is focused on making changes to our system of regulating international mail shipments. Small import packages come through international mail facilities without tracking in the way that FedEx, UPS, DHL packages are required by law to be tracked. If you order a drug from a Canadian pharmacy, the U.S. Postal Service delivers it to you. When Chinese fentanyl ingredient traders want to get stuff into the U.S., it also goes through the USPS via international mail facilities. So, the STOP Act creates new rules for the USPS to know what’s coming in with the goal of stopping illegal drugs.

The STOP Act can be great because it will be harder for opioid dealers in the U.S. to import the ingredients or finished opioid drugs that wreak havoc on our people. It’s potentially bad because the FDA very well might use this to stop “other drugs,” such as personal imports of lower-cost medicines, because it will be easier to do with the advanced data about incoming mail packages required under the new regulations. It’s certainly concerning because the drug companies and their allies have invested time and money to highlight, as a negative, that Americans receive their lower-cost medications via USPS.

Now that different versions of the bill H.R. 6 have passed the House and Senate, the two chambers meet in conferences to create one version for the president to sign. To add insult to injury, behind the scenes, Pharma is trying to add language that would erase new discounts in Medicare Part D slated for 2019. On the other hand, drug price advocates are trying to get language in there to push through the provisions of the CREATES Act (Creating and Restoring Equal Access To Equivalent Samples Act).

Simply put, now, brand drug companies sometimes make it hard for generic drug companies to acquire the pharmaceutical samples they need to create a lower-cost generic. If CREATES goes through, generic drug companies could more easily obtain these samples. That would facilitate faster generic availability and save patients and taxpayers money: about $3-4 billion. The just outcome is Pharma losing its pitch to ditch the Medicare savings and then CREATES makes it in the bill! I’ve heard talk about horse trade.

What does this bill do to curtail the opioid epidemic? It will help, but it’s not even close to what is needed. I’m not going there at the moment, but here’s Politico’s take.  Since there’s some good stuff in there, Congress feels obligated to go for it; so here we are. As I’ve shown you, Pharma’s many allies in Congress have used this bill to sneak in stuff that is unrelated to opioid addiction that Pharma wants – including taking a jab at importation and lower drug prices in other countries.