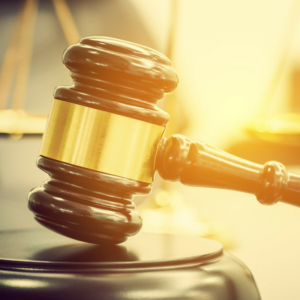 On July 9th, the U.S. Department of Justice for the Southern State of New York announced the indictment of Evelin Bracy and Jorge Rodriguez Lopez for illegal distribution of controlled drugs, including an analog of the opioid pharmaceutical Fentanyl – called U-47700. They are also accused of selling these drugs on the Internet from what the DOJ refers to as a website “purporting to be an online pharmacy.” The indicted parties were also alleged to have sold drugs under pharmaceutical names, oxycodone and alprazolam, that were found to have other ingredients, implying that the products were counterfeit. These counts can technically land a person in jail for 40 years.

If the allegations are true, then we’re dealing with bona fide drug pushers. The Partnership for Safe Medicines (PSM), a Pharma-funded non-profit group that seeks to conflate such drug dealing and counterfeiting with pharmacies in other countries that sell affordable prescription medicines to people here in the U.S. PSM is keeping a web diary of law enforcement busts that help stop the deadly fentanyl trade, which is taking the lives of thousands of Americans each year. We applaud law enforcement for disrupting these opioid dealing operations and bringing their orchestrators to justice.

[By the way: We await such law enforcement actions against owners and executives of drug companies, such as Purdue Pharma, that played major roles in starting the opioid epidemic.]

However, PSM’s website’s main navigation links and online resources warn Americans never to order and import lower-cost prescription drugs from Canada or any country, even from online pharmacies verified by PharmacyChecker.com or the Canadian International Pharmacy Association. People who take the time to look behind the curtain on PSM would never fall for their scare tactics. On the other hand, unsuspecting patients seeking more affordable medication online could fall victim if they hit PSM’s site without greater knowledge of the issue.

There are real online drug dealers out there adding to the death toll of Americans overdosing on opioid drugs, most perniciously Fentanyl and its analogs. Additionally, the Internet is a minor channel supplying such drugs to addicts. Unfortunately, we see that family, friends, and even doctors bear much of the responsibility for illegal use of prescription narcotics.

Big Pharma’s misuse of the real opioid crisis plaguing our nation to frighten Americans away from safe international online pharmacies—that sell non-addictive meds they can’t afford in the U.S.—is just flat out disgusting.