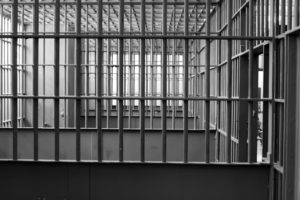 As I’ve written many times, though technically illegal, patients are not prosecuted for importing medication for their own use. I like how the National Academy for State Health Policy phrases it:

“The FDA chooses to exercise enforcement discretion to not prosecute individuals who fill their prescriptions ex-U.S. so long as the drugs are for personal use and the amount does not exceed a personal-use threshold of 90 days.”

But that courtesy does not (and in many cases should not) extend to people who illegally import wholesale quantities or who import for re-sale of any kind. These people get busted. That’s precisely what happened to a New Hampshire couple, John Hayes and Plabpleung Hayes, who ended up pleading guilty to illegally importing wholesale quantities of medication and reselling it in the U.S.

This illegal drug importation threatens public health and should stand in stark contrast to filling a personal prescription from a pharmacy in Canada or other countries. Ordering medication internationally can be of great help to people who can’t afford medication here in the U.S. and should not be confused with illegal drug importation for re-sale.

Read the press release of the Department of Justice in New Hampshire.

According to the DOJ, many of the medications illegally imported by the Hayes couple were controlled substances, including Percocet, Valium and Xanax. Controlled medications fall under the jurisdiction of the U.S. Drug Enforcement Agency, as well as the FDA. Therefore, illegal imports of such medication will likely receive more scrutiny, and those indicted will get greater jail time.

The FDA Office of Criminal Investigations played a critical role in the investigation and prosecution of the Hayeses. When people illegally buy medications internationally or domestically, store them in their houses, trunks of their cars, etc., and then sell them to people without a prescription, patient safety is seriously at risk. The FDA-OCI’s efforts here are commendable and squarely within their mission to crack down on real threats to patient safety.

Despite it being factual, the language employed by the DOJ and FDA in discussing their successful investigation is the same used to tarnish safe international prescription sales for personal import. I find this deeply disappointing. Examples:

“Both [meaning the Hayes’] previously pleaded guilty to participating in a conspiracy to distribute misbranded prescription drugs into interstate commerce.”

“Misbranded drugs present a danger to the public,” said U.S. Attorney Murray.  “The millions of pills that the defendants were distributing were not approved by the FDA and had the potential to harm, rather than heal, those who took them.

By definition, are the “misbranded drugs” really the threat? Often, not at all.

Medications are often deemed “misbranded” solely because the label is different. For example: Wellbutrin XL, ordered and imported from a pharmacy in Canada to fill a prescription, is considered “misbranded” by the FDA because the Canadian-labeled version includes French language, in addition to English. How does that make it unsafe?

There needs to be some differentiation here! The Hayes were having medications shipped from India in unlabeled packages, stored and handled without professional care or standards. The meds were then likely distributed to people who didn’t have a prescription and possibly wanted to get high. The misbranding did not cause the danger.

Note: In the case of Wellbutrin XL, the drug sold in the U.S. is made in Canada, so those that fill a prescription for in Canada are likely getting the same exact medication they would get at their local U.S. pharmacy—the only differences being labeling that includes French and, perhaps most importantly, the price tag.

As concern grows among healthcare providers about threats to their patients’ ability to buy lower-cost medication from other countries, we need to distinguish between dangerous illegal wholesale importation, drug dealing, and safe personal importation of affordable medication.