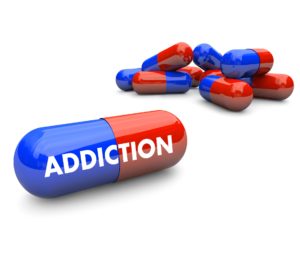 The devil (and that’s not a euphemism) is truly in the details. The author of the letter, Dr. Hershel Jick, affirmed that the letter was meant to cover patients in a hospital setting in the short-term, not out-patient settings, long-term use, or for pick-up at a pharmacy when someone has backpain. Dr. Jick stated: “I’m essentially mortified that that letter to the editor was used as an excuse to do what these drug companies did.”

According to the U.S. Centers for Disease Control and Prevention, 52,404 people died in 2015 because of drug overdose, 33,091 specifically from opioid-based drugs, with over half of those attributed to prescription narcotics, the ones pushed by drug companies. Over 183,000 people died from prescription opioid overdose between 1999-2015.

For those who frequently read my tirades against big pharma, please take note how real this is: drug companies are being sued by Ohio for causing the opioid epidemic.

In an earlier blog post I talked about the drug dealer role of pharmaceutical companies and how their conflation of prescription narcotic abuse with personal drug importation from safe international online pharmacies was sickening. But this discovery about “the letter” did not surprise me. I’m numb it to it. According to the following academic analysis, the letter was cited over 600 times! I know how that goes with bunk data. Here’s some real data…

A few weeks ago, I discussed Zogby polling data showing that about a third of Americans said they didn’t order from Canadian or other foreign pharmacies online because they were scared about importing a bad drug. That’s because they’ve read false facts about online pharmacies in mainstream media, such as the percentage of drugs sold online which are allegedly counterfeit, as mentioned in the opening paragraph of this blog post. This type of faulty or false data, often pushed by Partnership for Safe Medicines, also feeds the momentum against legalizing prescription drug importation.

Truth be told, I bugged World Health Organization for years to show me that report. I asked others – some high-ranking officials – to ask them as well. I’m a big supporter of the mission of WHO but they came up with nothing. Fortunately, they finally removed it, but after 10 years.

The notion that 50% of medications bought online, and usually attributed to foreign pharmacies, is counterfeit was disseminated in blogs, mainstream media, and even academic research. How many millions went without medication due to cost because they read about a so-called “WHO report” and were scared to order from safe international online pharmacies? How many people in the U.S., and, in fact, globally, would not have died from drug overdose if that “letter” were scrutinized and discredited?

How long will we let drug companies get away with murder?