Senators Should Look to Importation from Canada on Lomustine Price Inquiry 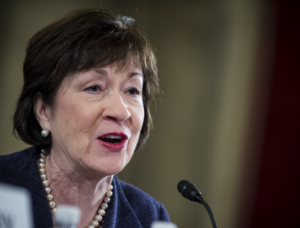 Earlier this week, three U.S. senators sent a letter to the CEO of Tri-Source Pharma, LLC, inquiring about the 1400% drug price spike of cancer pill Lomustine 100mg. Tri-Source owns NextSource Biotechnology, LLC, which markets the drug. Congress wants answers! How could a drug that cost $50/pill in 2013 now cost $768/pill? The answer can be found in a 2013 press release from NextSource Biotechnology: consolidating, rebranding and launching matured and orphaned drugs.

Keep in mind, we’re talking about a drug that was patented in 1976 and first approved by FDA in 1982. The drug had lost its patent protection.

Authored by Senators Susan Collins (R-ME), Claire McCaskill (D-MO) and Catherine Cortez Masto (R-NV), the letter asks for sales, expenses, profits, communications, projections, etc. related to the drug Lomustine. That’s all very interesting information and you can read the letter yourself. But I wrote about Lomustine’s price history back in December to point out, among other things, that Lomustine 100mg was (and is) available in Canada and for sale online, for a discount of 97%: $25 per pill compared to $768/pill. Check it out: Lomustine 100mg prices.

At a maximum, if knowing that patients can obtain Lomustine in Canada helps them stay alive then that’s awesome.

At a minimum, this pricing information shows how utterly stupid the price is here in America.

My earlier reporting may also help the senators uncover market manipulation by the very drug companies that are involved. The FDA-approved Lomustine, which is the generic name, that is so expensive here is branded (or better said “rebranded”) as Gleostine. The Health Canada-approved Lomustine is called CeeNu. Until 2013, the lower-cost CeeNu was available in the U.S. by Bristol-Myers Squibb for $50/pill; still twice the Canadian price, but a far cry from $768.

From that 2013 press release by NextSource Biotechnology, we learn that the company’s scheme was to have exclusive distribution of a re-branded and launched drug. When Bristol-Myers Squibb decided to stop making the drug in 2012, the FDA added it to a list of drug shortages in 2013. At the time, compounding pharmacies were making the drug. Those compounded versions are not FDA-approved but are often tolerated when there are shortages. In 2014, the compounding pharmacies were sternly warned by NextSource Biotechnology that they better cut it out because, now that there was an FDA-approved version in town, those compounded versions weren’t welcome anymore and are against FDA regulations.

But, at that time, CeeNu—the exact same product sold in the U.S. until 2013—was being marketed and sold in Canada at a much lower list price by Bristol-Myers Squibb. Unlike the compounded versions, CeeNu was approved by the FDA, meaning there couldn’t possibly be safety differences between the Canadian and U.S. drug. Moreover, both CeeNu and the re-branded Gleostine were made in the exact same plant in Italy by the same manufacturing company, Corden Pharma.

The question I’m left wondering about is whether it’s illegal or not to import CeeNu from Canada. After all, it was an FDA-approved drug and it’s made in the same plant as Gleostine. A label could be attached to meet FDA requirements. There’s no prohibition against importing FDA-approved drugs, people!

Look to Canada for Lomustine.