This week, the Trump administration formally announced support for not only state prescription drug importation programs, but also HHS Secretary Alex Azar’s own importation plan. Until this week, it was known that Trump had instructed Secretary Azar to work with Republican Governor Ron DeSantis of Florida to help implement its new law to permit wholesale drug importation from Canada for public payers, which also includes importation from other countries for the private market. Now, there is real movement.

Before diving into Trump’s drug importation plan more fully, please take note that this plan actually allows for the importation of what the FDA has called “foreign unapproved drugs,” ones that they have said they don’t want Americans ordering online and importing for their own use. These drugs, as explained below, are safe and effective foreign brand versions of the same drugs sold here. This recognition of equivalent brand drug safety is a step in the right direction.

END_OF_DOCUMENT_TOKEN_TO_BE_REPLACED

Earlier this week, a report (the “FGI Report”) opposing prescription drug importation proposals was released by the law firm of Freeh, Sporkin and Sullivan LLP and the Freeh Group International. Both organizations are headed by former FBI Director, Louis Freeh. I’m hesitant to criticize reports authored by dedicated Americans who spent years in public service protecting the safety of the American people in federal law enforcement. On the other hand, the intent of tacking the name of a venerated American patriot on a report that mirrors the lobbying agenda of the pharmaceutical industry is clearly being used to deter voices opposed to that agenda.

END_OF_DOCUMENT_TOKEN_TO_BE_REPLACED 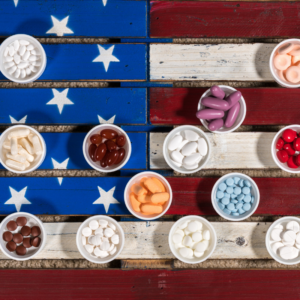 Yesterday, with great public relations fanfare, a new report from President Trump’s HHS was released showing that drug prices in other countries are often half the price they are in America. Who would have known? Well, for starters, the millions of Americans who are forced to shop internationally in order to afford their meds. Prices in other countries are actually much less than half for many drugs, but this report only looked at drugs in Medicare Part B, ones administered in a clinical setting by a healthcare provider – not picked up at the pharmacy.

Trump’s rhetoric on drug prices is one of the few unifying issues in our deeply-divided country. Trump has stated on several occasions that the “drug companies are getting away with murder.” Murder. Now, while his administration hasn’t really done much at all on drug prices, the latest report puts it out there loud and clear: drug prices are insanely lower in other rich countries than here in the United States.