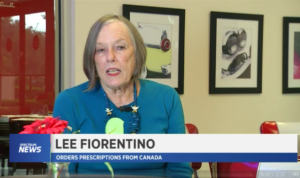 This week I’m highlighting a troubling local news story from earlier this month about the FDA seizing medicine imports from patients. Imports of medicines for personal use are under most circumstances prohibited under federal law, but millions have relied on the international pharmacy option for years. In fact, most medicines that Americans import to save money reach their destination. Recently, it seems there is a slight uptick in seizures, one that may be a casualty in the battle to stop dangerous opioid drugs. Or, like drug companies, the FDA is using the opioid crisis as a pretext to crack down on safe personal drug importation.

The report, on Spectrum News 13, comes out of Central Florida where hundreds of customers of The Canadian Medstore, a pharmacy assistance office, have said that the FDA has taken and held medicine imports shipped by mail. The FDA has received $94 million in additional funding to address the opioid crisis, including stopping illegal imports of opioid drugs, most prominently Fentanyl, which is known to be illegally imported from China. However, according to the Spectrum News report, the imports that the FDA is refusing are for regular medicines that treat maintenance conditions such as asthma, high blood pressure, and high cholesterol. The Canadian Medstore states that it does not sell prescription opioids or controlled substances of any kind.

This company was the subject of an FDA raid last fall, one that seemed overzealous if not unwarranted, which I blogged about here. It appears that as part of an investigation, imported medicines were seized and tested by the FDA at the time. According to the FDA, the medicines contained the correct active ingredients in the correct amounts.

Senator Bill Nelson (D-FL) has written to the FDA to express his concern about what appears to be a more aggressive stance by the agency against people buying more affordable medicine internationally. Other lawmakers who have sent other letters of concern include Representatives Kathy Castor (D-FL) and Gus Bilirakis (R-FL). Senators Amy Klobuchar (D-MN) and Chuck Grassley (R-IA) have also sent a letter asking the FDA if they have changed the personal drug importation policy.

Lee Fiorentino, 72, suffers from asthma and COPD. She was interviewed as part of the Spectrum News report because her asthma medication was detained by the FDA. The reporter did an online price search on GoodRx for Ms. Fiorentina’s medicine and the cost was $338/month in the U.S., which is over six times higher than the $52/month she pays purchasing them internationally.

Ms. Fiorentino says: “I don’t understand why [the FDA] would want my asthma medication. It just seems like a strange thing to do.” 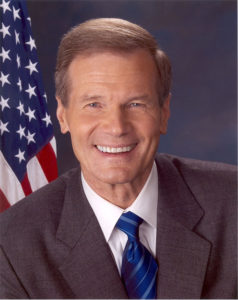 Standing up for his constituents on drug prices

Last month, I blogged about the FDA Office of Criminal Investigations’ sending agents with search warrants to pharmacy storefronts in Florida that help older people buy more affordable medications from Canada and other countries. The FDA tried unsuccessfully to get one of the stores’ owners, Bill Hepscher, who runs Canadian MedStore, to sign a statement acknowledging that reimportation of prescription drugs is illegal. The Florida pharmacy storefront story was first reported in Kaiser Health News.

Yesterday, Senator Bill Nelson (D-FL) sent a letter to FDA Commissioner Scott Gottlieb demanding to know why some prescription orders coming from Canada and other countries were seized, and inquiring why the FDA raided the storefront offices.

Clearly, Sen. Nelson understands the technical illegality of personal drug imports and the need to protect people from counterfeit drugs and Fentanyl. However, his letter underscores his confusion about why the FDA is stopping people from getting non-controlled, regular prescription drugs now. He wants to know specifically if there is a change in FDA’s overall enforcement policy.

I’ve been warning about the serious public health ramifications of overzealous FDA enforcement on access to affordable medication for a long time. In 2015, I wrote a report about online pharmacies and personal drug importation, and sent it to the Senate Committee on Health, Education, Labor and Pensions and the House Committee on Energy and Commerce.

Back in 2006, Senator Nelson played the leading role in ending stepped-up enforcement efforts by U.S. Customs and Border Patrol END_OF_DOCUMENT_TOKEN_TO_BE_REPLACED