END_OF_DOCUMENT_TOKEN_TO_BE_REPLACED

Why did CanadaDrugCenter.com Go Offline? 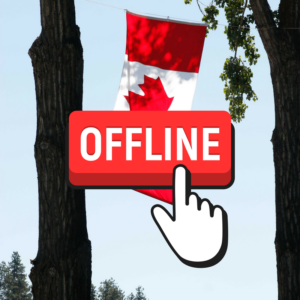 We still don’t know why, either, but I suspect it has to do with the U.S. government’s case against its owners dating back to 2007-2011.

END_OF_DOCUMENT_TOKEN_TO_BE_REPLACED

What Really Happened with CanadaDrugs.com 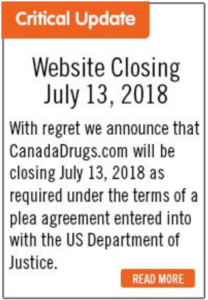 [UPDATE: Today (July 13th, 2018), CandaDrugs.com, and other sites it owns, such as JanDrugs.com, have stopped selling medicines to patients in the U.S. in accordance with an agreement with the U.S. Attorney in Montana. Below, please read to understand why this happened. Several stories in the media are reporting that the reason is that patients bought counterfeit drugs from the online pharmacy, which is not true.

Bottom line, as I see it: a very well-run, safe, international online pharmacy was forced by the U.S. government to stop helping Americans afford prescription drugs because the pharmaceutical industry wanted that outcome.

It’s a shame and American patients struggling with prescription costs are worse off for it.]

In a plea bargain signed today with the U.S. Department of Justice, the owners of CanadaDrugs.com are forfeiting their website www.CanadaDrugs.com and other websites they operate to the U.S. government. This is an unfortunate outcome of a case that did not involve medication sales of the popular website CanadaDrugs.com, which has been safely selling medication at low cost to Americans for many years. The case involved a separate wholesale business conducted by the owners of the website. Sadly, two counterfeit batches of the cancer medication, Avastin, entered the supply chain of that wholesale business in 2011 and were sold to medical offices in the U.S. To be clear, Avastin was never sold on the CanadaDrugs.com website.

For some balance and context: in the past, CVS and CVS.com were found to be selling counterfeit Lipitor, yet this did not lead to CVS having to forfeit its website to the U.S. government.

CanadaDrugs.com had been a verified member of the PharmacyChecker Verification Program since 2005. During that time, it likely processed millions of prescriptions and filled them from licensed pharmacies in Australia, Canada, New Zealand and the United Kingdom. We have verified the licenses of these pharmacies. CanadaDrugs.com voluntarily withdrew from our program in March, aware of the pending deal with the U.S. government. The FDA recognizes that there is no urgency to shutting down CanadaDrugs.com, giving them 90 days to wind down their international retail pharmacy business. In fact, CanadaDrugs.com remains a licensed pharmacy in Manitoba, Canada.

It was necessary for the FDA to investigate and act to prevent medication from being illegally sold at a wholesale level into the U.S. The enforcement discretion used by the FDA for personal importation never extended to those who illegally import and resell medication. We at PharmacyChecker have never condoned such sales. However, the deal struck is likely to do more harm than good by shuttering a good online pharmacy that was operating safely. Making matters worse, this case has been and continues to be used by the pharmaceutical industry to fuel a campaign carried out by its front groups to scare Americans and stop them from buying lower cost, safe and effective medications from pharmacies in other countries.

Interestingly, just as the indictment in this case was slated for release in February of 2015, I sent a report to the members of congress most responsible for regulating the FDA called: “Online Pharmacies, Personal Drug Importation, and Public Health: Ill-Considered Enforcement Prevents Access to Safe and Affordable Medication.” Basically, it was my attempt to explain, with rigorous analysis and research, why shutting down the safest international online pharmacies is bad for public health. It was bad policy then and it remains so now with tens of millions of Americans not filling prescriptions each year because of cost.