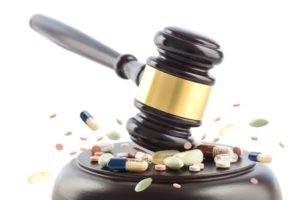 The heat is rising on the pharmaceutical industry because of high drug prices. The politically and economically middle-of-the-road editors at Bloomberg published an opinion piece this week called “U.S Prescription Drug Costs Are a Crime.” The gist in the article is that policy tweaks are not enough, pointing out that President Trump’s rhetoric on drug prices is much stronger that the reality of his actions. Major changes are needed, such as drug price negotiations in Medicare and making importation of lower-cost medication legal (something one in ten Americans already do, according to Bloomberg).

I love this article, but it doesn’t state clearly why drug prices are a crime. The answer is tens of millions of Americans aren’t filling prescriptions because of them each year. Many get sick and some even die because of them. For some cancer patients, it’s extortion. “Give me the money,” pharma says. “Or die.” Your money or your life.

Still, we all know that a crime is an act that violates laws of a governing authority as proven through due process of those laws. And our laws allow the pharmaceutical industry to charge the prices referred to as a “crime” in Bloomberg.

That said, there is litigation targeting drug companies, pharmacies, and insurance companies/PBMs for violating laws to keep drug prices high. Examples include insulin price fixing, collusion between health insurers and pharmacies, and pharmacy kickbacks to PBMs. However, to an extent not found in Australia, Canada, New Zealand and the United Kingdom, U.S. laws permit—even encourage—increasing drug prices out of reach for patients who need them. Lawful but unjust.

It gets sicker and more unjust: technically, a patient who re-imports a medication from Canada because it’s her only affordable option is subject to jail and fines. No, that’s never happened, but it’s despicable that the law makes it a possibility while drug prices continue to climb.

Justice and law, when it comes to prescription drug prices in America, are fully out of whack.