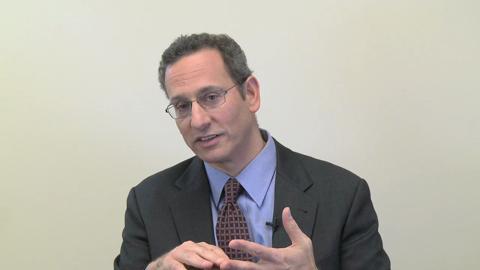 Joe and Terry Graedon have been helping Americans make better health decisions for the last 40 years, including through their syndicated radio show on National Public Radio called The People’s Pharmacy. As you can imagine, their listeners are interested in prescription drug safety and savings. Our CEO was on their show this past Saturday and I’d like to tell you about it, especially if you want to learn how to save money on brand name drugs.

The CEO of PharmacyChecker.com, Tod Cooperman, MD, is also the founder and president of ConsumerLab.com, the leading evaluator of health and wellness products. ConsuemrLab.com has worked with The People’s Pharmacy in the past to test prescription medications. While I believe that generics sold in the U.S. are usually of the highest quality, equal to or better than generics in most other countries, ConsumerLab.com’s findings show that some generic medications in the U.S. are not always equal to the brand. Due to his expertise is drug quality and his knowledge about drug prices, The People’s Pharmacy brought Dr. Cooperman on to their show last week to talk about Narrow Therapeutic Index (NTI) drugs. Listen to the show! (See minutes 6:50-18:00).

For NTI medications, it’s even more important that the active pharmaceutical ingredient is present in the exact amount required. When NTI medications have too much of the active pharmaceutical ingredient, it can be toxic; but those that have too little may not be adequately efficacious. Most NTI drugs are available in generic form, which usually means they are low cost, even without insurance, and usually lower-priced than in Canada and other countries, too! The opposite holds true for brands.

Some providers are deciding that it’s important for their patients stick with the brand for NTI drugs for the reasons stated above.  But the prices here are often too high. In the radio show, Dr. Cooperman recommends looking internationally for those who can’t afford the brand locally. Americans can often find discounts averaging 80% internationally on Brand name NTI drugs. Last summer, when we read The Graedon’s Guide to Saving Money on Medicines, we noticed the list of NTI drugs and wanted to compare drug prices domestically and internationally. Our research from Fall 2016 is below.

[i] Based on three month supply of medication.

[vi] Marketed as Toloxin in Canada

[vii] Marketed as Epival in Canada 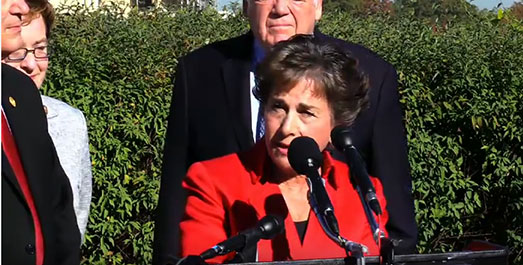 Americans should know about the heat coming down against the pharmaceutical industry from certain members of Congress in an effort to combat the public health crisis of high drug prices. This week, nine lawmakers from the House of Representatives announced the formation of a new group called the Affordable Drug Pricing Task Force. Its goals are clear, to lower cost barriers to life saving medication and to demand greater transparency about drug cost decisions made by the pharmaceutical industry.

Two pertinent facts were continually raised. One, high drug prices are the No. 1 healthcare issue in America. Two, medication prices are much lower in other countries, about 50% lower in the UK.

The speakers have supported a variety of solutions to lowering drug prices, including allowing Medicare to negotiate drug prices with pharmaceutical companies; ending “pay-for-delay,” a practice sometimes described as payoffs by brand drug patent holders to generic drug companies to that the latter will postpone launching a lower cost generic; reforming prescription drug importation laws to make it easier to access lower cost medications from other countries; and greater oversight into pharmaceutical industry pricing practices.

Some highlighted quotes or phrases:

It’s no secret that I support much of this agenda. But what is needed is bipartisanship, and I’m waiting for these leaders, as part of their noble effort, to consider looking critically at the Obama administration’s record on personal drug importation and online pharmacies. Candidate Obama in 2007 supported reforming the law to make it easier for Americans to import lower cost medication. Unfortunately, in its efforts to pass the Affordable Care Act, which I supported, the Obama administration made a deal with big pharma to change course and dump drug importation legal reform in exchange for pharma’s support for Obamacare and agreement to new discounts on Medicare Part D medications through the coverage gap (the “Donut hole”).

On that final note, the Obama administration, though the Department of Health and Human Services (HHS), has announced a forum on drug prices to be held on November 20th. Maybe we’ll learn that the Obama administration’s position on prescription drug importation has returned to one more in line with most Americans. We’ll keep our fingers crossed.

(You can view the complete press conference below)

Yesterday, AARP published its latest Rx Price Watch report, which highlights generic prescription medication price changes from 2006-2013. Generic medication is considered the best avenue towards lower taxpayer and consumer drug costs. In the mid-1980s, passage of the Hatch-Waxman Act helped bring lower cost generic medication to the market faster and fueled intense price competition among generic manufacturers. The result was 1) much lower drug prices on medications that have lost their patents (often 90% lower) and 2) an exceedingly high generic penetration rate with generics comprising 85% of all medication use. AARP’s report suggests that generic drug prices continue to decrease, which is good, but at a much slower rate, “indicating that the era of consistent generic drug price decreases may be coming to an end.”

Stay calm. Generics are still usually much lower cost than the brand names and that will continue to be the case. AARP’s report notes that 2013 had the lowest average generic price decrease (4.1%) since 2006. However, AARP’s data also shows considerable fluctuation in this rate, enough to question whether or not we’re really experiencing a new normal in which generic drug prices no longer decline year after year. For example, the decreases in average generic drug prices that occurred in the prior two years, 2011 and 2012, 9.1% and 14.5%, respectively, were the highest since 2006. These numbers, however, most likely reflect what’s referred to as the “patent cliff” – a time when many patents on blockbuster brand name drugs, such as Lipitor and Plavix, lost their patents, thus allowing much lower cost generics to enter the market. As I see it, we don’t really know the future trend of generic drug prices.

Again, most generic drugs are way cheaper than their brand name counterparts and just as safe and effective. The big generic drug problem is that the cost of some generics has spiked outrageously over the past few years, sometimes beyond the reach of the American consumer. Usually when we talk about insane price increases of brand name drugs year over year the percentages are 10, 20, 30 or even 40%. But the increases for some generics have literally been in the 2000% range! One crazy example, reported by the People’s Pharmacy, showed that the cost of the antibiotic doxycycline skyrocketed from six cents ($.06) to $3.30, a 5500% increase.

In fact, directing you back to our research from November 2014, we found that even brand name versions sold in foreign pharmacies can be MUCH lower cost than the generics sold here! Please keep in mind that those same generics mentioned in our analysis may have already come down in price domestically. So before you buy from an international online pharmacy, check your local pharmacy first.