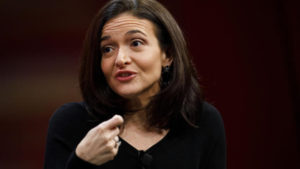 The future of your ability to buy lower-cost medicine online from another country was indirectly discussed recently during congressional hearings with Facebook Chief Operating Officer, Sheryl Sandberg, and CEO and founder of Twitter, Jack Dorsey.

The issues on the table were much more grandiose-sounding than importation from Canada or buying medication internationally using the Internet. Russian meddling in our elections; political bias on Twitter against conservative and Republican ideas; personal privacy protection; and lots of discussions that affect 1st Amendment protections.

The takeaway by some experts is that Congress is getting ready to regulate the Internet.

As it applies to online access to safe and affordable medicine, Internet regulation could lead to access protections or access denied. In short, the pharmaceutical industry is actively engaged in driving safe international online pharmacies offline. The industry can often get what it wants from Congress and so the dangers of Internet censorship to block access to or shutdown international online pharmacies are real.

For a variety of posts on this, see our section on Internet Censorship.

Google’s top executives were invited to the hearings yesterday, but they declined to attend. Some accused them of being arrogant. But the company itself noted that search engines, like Google and Bing, are not the same as social media networks, like Facebook, Twitter, and Instagram. Google’s search engine was not used by bad actors in the way that occurred on Facebook, for example.

Google’s absence reminded me of Ms. Sandberg’s appearance at another Congressional hearing when she was vice president of global sales for Google in 2004. That hearing of the Committee on Governmental Affairs; Permanent Subcommittee on Investigations focused on Internet access to medication and importation. In prepared remarks, Ms. Sandberg stated Google’s position on importation and online pharmacies:

“As a provider of Internet-based information tools, Google has no position on the broader merits of the drug importation debate, or on the optimal mechanisms for regulation of online pharmacies; rather, our interest is to preserve the ability of Internet users to find useful and relevant information, including information about licensed pharmacies.”

That was then; this is now. Fast forward to last spring: Google has made a deal with the FDA that undermines its earliest and best principles as articulated by Ms. Sandberg. That deal is not about blocking Canadian pharmacy ads on Google. That’s old news in bad policy-making. The new deal is that Google will remove search results if asked by the FDA, based on its administrative decisions, without a court order. These are so called “organic” searches, not paid results.

To date, the FDA has yet to use this new permission from Google to censor safe international online pharmacies. And it continues to use due process through warning letters to rogue online pharmacies, as it did to combat sites selling tramadol without a prescription. I agreed with the FDA on that action because those sites have proven to harm people who are addicted to opioids.

But, you know, pharmaceutical companies have spent four billion dollars lobbying Congress over the last 20 years or so. And if Congress is legislating new regulations to control behavior on the Internet, Pharma won’t be far behind with its goal to stop Americans from buying more affordable meds online.

Google and FDA Shake on Censorship of Affordable Medication 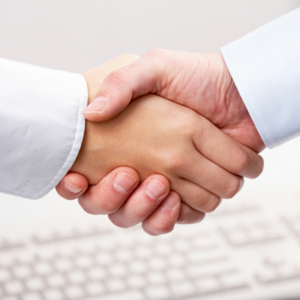 This past month, Congress passed a flurry of bills dedicated to stopping the devastation of the opioid crisis. One focus is on stopping illegal opioid imports from coming in though the U.S. mail. The Synthetics Trafficking and Overdose Prevention Act, which passed in the House, is one such bill. But as I wrote in the The Hill last year, the STOP Act could also enable the FDA to more easily prevent Americans from importing lower-cost, safe and effective medicines from Canada and other countries.

The FDA is also fighting the opioid crisis by scrutinizing the Internet as a channel of illegal sales. That, too, could lead to the curtailment of access to lower-cost, imported medicines from pharmacies, ones which don’t sell opioids or controlled drugs at all, but do help people afford medicines.

Ideally, people who use a search engine, such as Google, find information based on an objective search algorithm. With tens of millions of Americans not filling prescriptions due to high prices here at home, many are Googling to find and order cheaper medication from international online pharmacies. END_OF_DOCUMENT_TOKEN_TO_BE_REPLACED

There are potentially tens of thousands of dangerous pharmacy websites, sometimes referred to as “rogue online pharmacies,” polluting the Internet and endangering the health of consumers worldwide. There are a much smaller group of safe domestic online pharmacies. Then there are an even smaller group of safe international online pharmacies, ones that we have verified, that sell many medications at much lower cost. However, when Americans purchase from these international online pharmacies (often because they can’t afford medication domestically) and import safe and effective medications, they are under most circumstances violating U.S. laws, which poses a quandary for regulators, public health officials, and even some people working over at Big Pharma. What’s right and wrong? How do we get rid of the rogues without overreaching and endangering public health by stopping Americans from obtaining safe medication internationally over the Internet?

In our continuing quest to get the truth out and for our elected leaders in Congress to take bold action to protect online access to safe and affordable medication, we’re publishing the next section of our report called Online Pharmacies, Personal Drug Importation, and Public Health…