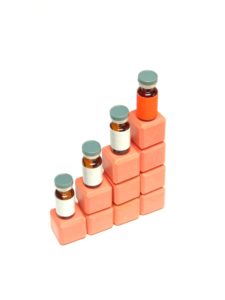 Today the New York Times reported that Google is setting aside $500 million to settle what is apparently an investigation into whether it knowingly allowed rogue online pharmacies to advertise in its ad programs.  We at PharmacyChecker.com are mentioned in this article because from the summer of 2006 until February 2010, Google’s stated policy was that its pharmacy advertisers had to be approved by PharmacyChecker.com, meeting our high standards.  Unfortunately, as we have previously reported, rogue online pharmacies that never applied to our program found a way to advertise on Google. We were never the gatekeepers for Google; that remained their job.

It appears that the gate through which advertisers enter Google has swung from too open, allowing in pharmacies never approved by us or others, to now just open a crack, where many good pharmacies offering good prices can’t get in. The $500 million allocated for a settlement is probably going to keep that door nearly closed for a while, but we hope that it will eventually swing to a place where rogues are kept out and good players get in.  In the meantime, we remain diligently checking and monitoring online pharmacies. You can find them on our ratings pages and you can check their prices too.

Call for an Investigation of John Horton, President of LegitScript, for Possible Government Ethics Violations

Today we asked the House Committee on Oversight and Government Reform and any other appropriate government agencies to investigate possible violations of government ethics laws by John Horton, president and founder of LegitScript.com, while he was Associate Deputy Director of the Office of National Drug Control Policy (ONDCP) and after leaving his government post.

Mr. Horton appears to have misused and abused his government position for private gain by starting, while in office, an online pharmacy verification service, LegitScript.com, and given unfair market advantage to his business.  More importantly, his actions appear to have violated the will of Congress, misled the Committee on Oversight and Government Reform, and instigated and/or encouraged government actions by ONDCP and other government agencies adverse to the interests of Americans, specifically hindering access by Americans to safe and affordable medication.

As further described in our letter, we believe that, to serve his private interests and those of prospective pharmaceutical and pharmacy clients, Mr. Horton appears to have subverted the activities of ONDCP by ignoring the congressional request found in Section 1107 of the Office of National Drug Control Policy Reauthorization Act of 2006 to develop strategies to stop the online advertising of controlled substances without a prescription. Instead, Mr. Horton developed strategic policies for blocking the online advertising of all prescription medication from licensed Canadian and other non-US pharmacies that do require a prescription. Such pharmacies have been a lifeline to affordable medication for millions of Americans.