According to a study published in the Journal of the American Medical Association (JAMA), 1.5% of adults in the U.S. who take prescription drugs purchase them from outside the U.S. to save money each year. That’s about 2.3 million people. In 2016, my review of a similar set of data estimated about four million per year. The Kaiser Family Foundation’s 2016 poll data was used to support an estimate showing that 19 million people, 8% of the adult population, have imported lower cost prescription drugs for personal use. What’s going on?

The JAMA study authors used 2015-2017 government data from the U.S. Centers for Disease Control and Prevention, National Center for Health Statistics, National Health Interview Survey (NHIS), which collected an assortment of health information from 61,238 individuals. As explained in the JAMA study:

“Survey respondents were asked whether they bought prescription drugs from a country other than the US to save money during the past 12 months. We defined respondents as purchasers of medications outside the US if they answered yes to the question.”

Past estimates, including my own, have also used NHIS data but may have extrapolated incorrectly. The percentages should be applied not to the general adult population but to those who take prescription drugs. The adult population is about 256 million. In this study, the sample population of 61,238 represented 152.2 million people who take prescription drugs. The JAMA study found that 1.5% purchased medications outside the U.S. to save money, which comes out to about 2.3 million. My past estimates looked at 1.6%, which was an earlier NHIS estimate of adults who import, of 256 million people, which came out to a little over 4 million people.

END_OF_DOCUMENT_TOKEN_TO_BE_REPLACED 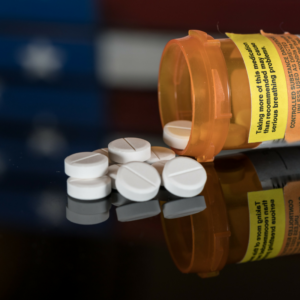