Buying Viagra Online – The Truth, the Whole Truth, and Nothing But the Truth So Help Me Pfizer 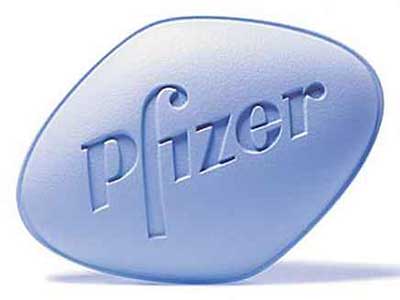 Is Viagra really safe to buy online? The truth.

Viagra, pharmaceutical giant Pfizer’s name for a drug called sildenafil citrate, is the most sought after medication on the Internet. You can save a lot of money buying Viagra online, but you can also risk getting a fake or tainted product which endangers your health. Here’s how to stay safe and save money. END_OF_DOCUMENT_TOKEN_TO_BE_REPLACED

The FDA issued a warning about counterfeit Cialis, an erectile dysfunction (ED) medication,  being sold through the mail, which probably means it was purchased from a rogue online pharmacy. The fake Cialis is some whacky combination of Cialis’s active ingredient, tadalafil, and the active ingredient in Pfizer’s Viagra, called sildenafil. Apparently, the FDA seized the counterfeit product before it reached a consumer in the U.S. by mail.

Fortunately, over 99% of safe, personally imported prescription drugs are not seized at international mail facilities. Still, I’ve given the FDA considerable grief about seizing safe medications, which they usually deem “misbranded” or “unapproved” for intellectual property or labeling reasons – but in this case FDA protected someone from a bad drug and that’s cool.

According to Reuters, FDA “cautioned against purchasing prescription medicines online, noting that some websites may be selling unsafe products.” The FDA also said that there is no indication that the “legitimate supply chain” – meaning the U.S. domestic supply chain – is at risk and that licensed U.S. pharmacies are safe. That’s probably true but there’s no reason to believe that the legitimate supply chains in other countries aren’t safe either. In other words, foreign online pharmacies verified by PharmacyChecker.com continue to sell real Cialis, the one marketed by Eli Lilly, for a lot less than they do here.  The lowest cost Cialis (10mg) is $14.25 at a PharmacyChecker.com-approved international online pharmacy. That compares with a whopping $44.92 per pill at a one of the lower cost VIPPS-approved online pharmacies (VIPPS is the online pharmacy verification program of the National Association of Boards of Pharmacy).

The FDA recommends that consumers do not take Cialis supplied in bottles matching one or more of the following descriptions:

I don’t agree with one of these – the bolded one – and here’s why:  safe and real Cialis, or other genuine medications, ordered from online pharmacies won’t necessarily  have an NDC number on it. In fact, if you were to travel to another country and purchase meds, real prescription drugs, in a brick-and-mortar pharmacy, they would not have an NDC number. That’s because NDC is unique to drugs packaged for sale in American pharmacies. Other countries use different labeling systems; for example, Canada’s version of NDC is called DIN (drug identification number).

One last important note: the truth is that many people want to get ED meds online, whether it’s Viagra, Cialis, or Levitra, without a prescription. PharmacyChecker.com strongly recommends that you don’t do that. The studies show that online pharmacies that don’t require a valid prescription are more likely to sell fake or otherwise bad medication, especially bogus ED meds!

A new report from Reuters suggests that pricing pressures resulting from Obamacare may close U.S. and international prescription drug price disparities – with U.S. prices more than double those of other high-income countries – within three to five years. As good as that could be, it’s a long way away for Americans who currently struggle with drug prices. With tens of millions going without meds due to cost, the problem is more urgent than ever.

“Companies like Pfizer Inc. and AstraZeneca have grown dependent on higher U.S. prices to generate profits as generic rivals to their best-selling medicines enter the world market, Europe’s government-run health plans clamp down on spending and sales growth in emerging markets stutters.”

Perhaps these price increases explain the 50 million Americans between the ages 19-64 and the 20% of Medicare enrollees who do not fill a prescription due to cost each year.

Look at the price of Januvia, a drug mentioned in the Reuters article. Its wholesale price is 75% higher in the U.S. than in Austria. Our own research shows the price gap at the retail level. The price at a local pharmacy for 90 pills is $978. It costs only $375 online from a verified Canadian pharmacy. That’s 62% cheaper.

Hopefully, the Affordable Care Act will lead to reduced drug prices domestically, but that will take some time. Until then international online pharmacies will remain a lifeline for Americans.