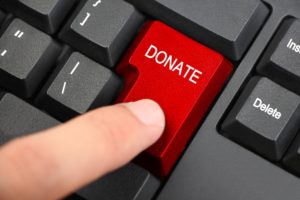 The Campaign for Personal Prescription Importation, PharmacyChecker.com, RxRights, Prescription Justice, and TodaysSeniorsNetwork came together in a joint effort to nudge the candidates to address the issue of importation during the debate. Our coalition is asking Americans to vote to include the following question in the debate: “What would you do to ensure access to affordable medications through importation?” We are also encouraging consumers to pipe up on social media and get their stories out there to Anderson Cooper and Martha Raddatz, the debate’s moderators.

For more information on this advocacy effort, see the news release.

The Next President Will Support Legalizing Personal Drug Importation…Really?

One week ago, the CEO and founder of PharmacyChecker.com, Tod Cooperman, and RxRights leader Lee Graczyk, published an op-ed in The Hill’s Congress Blog, entitled: “The candidates agree: Legalize personal imports of prescription drugs.”  In a nutshell, as the title makes clear, Hillary Clinton and Donald Trump both support making it expressly legal to import prescription medication for personal use. This issue is sometimes one of life and death as the media spotlight on Mylan’s drug price spike of Epipen last week makes clear. You might be thinking, “Well, no one gets busted for importing personal prescription orders now so what’s the big deal?” It’s a huge deal.

Currently, about four million Americans import medication for personal use due to cost. But there are more Americans who need to in order to get the medications prescribed to them. If it were technically legal, millions more Americans would buy lower cost medication from Canada and other countries. How many? END_OF_DOCUMENT_TOKEN_TO_BE_REPLACED