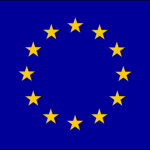 Although the U.S. technically bans the personal importation of affordable and safe drugs that help people stay or get healthy (for example Merck’s asthma medication Singulair, sold in other countries for a fraction of the price found in U.S. pharmacies, is not technically FDA-approved due to different packaging), we waive our drug importation laws when it comes to European Union-produced sodium thiopental – a non-FDA-approved version, for lethal injections.

Sodium thiopental is a required sedative in U.S. executions, and earlier this year the only U.S. manufacturer ceased producing it. For this reason, we now rely on EU imports – a practice that is getting more and more difficult, as export controls have been strengthened on their end because our EU allies oppose the death penalty.

We find it sad and ironic that our government facilitates the importation of a drug used for executions, regardless of one’s position on the death penalty, but refuses to loosen restrictions on personal importation for drugs that help Americans live.

Last May, we reported that AARP honored Senator Olympia Snowe (R- Maine) for her ongoing advocacy of policies and initiatives that seek to improve the lives of Americans age 50-plus. The award specifically mentioned her efforts to make safe drug importation legal and more available to help more Americans afford their medication. In our post on this recognition, we predicted that the issue of access to safe drugs would persist in the aftermath of the new healthcare legislation, and we’re now happy to announce that last week Senator Snowe put legalizing drug importation back on the Senate’s agenda.

Senator Snowe has introduced legislation that would amend the Food, Drug, and Cosmetic act to facilitate drug importation that would effectively lower prescription drug prices. Additionally, the bill would increase U.S. Food and Drug Administration inspections of international manufacturing plants. S. 319, the proposed Pharmaceutical Market Access and Drug Safety Act of 2011, is similar to Senator Snowe’s co-sponsored bill from 2009, also known as the Dorgan Amendment. For more information on the Senator’s past support for personal drug importation, see our post Canadian Pharmacies and Personal Drug Importation Play Critical Role in Greater Healthcare Benefits for Americans. END_OF_DOCUMENT_TOKEN_TO_BE_REPLACED