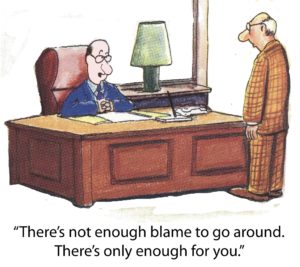 The report is called “The Pharmaceutical Supply Chain: Gross Drug Expenditures Realized by Stakeholders.” You can find a summary of it here but this is my take on it. END_OF_DOCUMENT_TOKEN_TO_BE_REPLACED

Counterfeit Drug Bill Gets Tough on Criminals, Not Consumers

A bill was introduced in the House of Representatives last week that would make repeat counterfeit drug offenders subject to 20-year maximum jail-terms with $4 million fines for individuals and $10 million if the defendant is an entity. PharmacyChecker.com applauds the introduction of H.R.3468, Counterfeit Drug Penalty Act of 2011, as we believe, if passed, it will act as a deterrent against individuals and businesses who endanger the public health by manufacturing and selling medication that is not subject to government regulations and oversight at best, and deadly at worst.

We also recognize that the bill’s language is clear not to blur the distinction between counterfeit and safe imported medication. The bill states:

Nothing in this Act, or the amendments made by this Act, shall be construed to apply to a drug (as defined in section 201 of the Federal Food, Drug, and Cosmetic Act (21 U.S.C. 321)) solely because the drug is manufactured in or imported from a foreign country.

In contrast,  the proposed  Stop Online Piracy Act and Protect IP Act, now before Congress, defines all personally imported medicine, including genuine medication as a threat to the “public health.” This should be opposed. This language appears based on the lobbying rhetoric of the pharmaceutical industry to confuse lawmakers and consumers into believing the false proposition that all personally imported medicine purchased through online pharmacies is counterfeit. Thus, it’s a positive development that H.R. 3468 is crystal clear about the difference between counterfeit and imported drugs.

Stopping drug counterfeiters, whether they infiltrate the domestic supply chain by selling products to U.S. pharmacies or export dangerous drugs ordered online directly to Americans, protects the public health. The Counterfeit Drug Penalty Act seems to go after the real bad guys while not interfering with access to safe and affordable imported medicine and we hope it passes soon.