Pfizer Continues to Push Viagra Without a Prescription 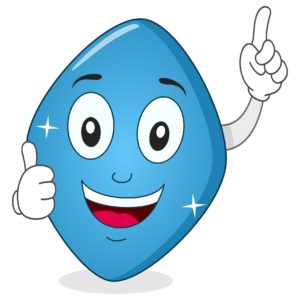 Pfizer wants to sell Viagra to you without you having to go to your doctor to get a prescription first. Sorry Yanks—this only applies to our friends that live in the United Kingdom, but this is absolutely of interest to us Americans because of Pfizer’s history with misleading public information campaigns surrounding sildenafil citrate (the generic name for Viagra). Those campaigns scare people from lower-cost Viagra available online.

But why? The per pill cost of Viagra today is as high as $75/100 mg pill. That’s $450 for just six pills! If you look hard, you can find it for just under $60 at your local U.S. pharmacy. In Canada, it’s as low as about $11; New Zealand about $9. Compare Viagra prices available online from pharmacies that do require your prescription.

Now that you understand Pfizer’s financial interest in trying to make sure Americans buy locally, let’s talk about prescription requirements and Viagra.

Pfizer has spent considerable sums of money fighting online sales of Viagra in the name of protecting patients from getting counterfeit drugs and has warned consumers not to buy it without a prescription. That media narrative scares men from buying lower-cost, genuine Viagra online. This includes from online pharmacies that do require a valid prescription. I’ve told this Viagra truth before.

But where does Pfizer really stand on the prescription requirement? END_OF_DOCUMENT_TOKEN_TO_BE_REPLACED

As the retrial of former Governor Rod Blagojevich on corruption charges commences, we’d like to re-direct your attention to the personal drug importation program he championed. Had that program received better backing from our politicians, fewer Americans would have gone without needed medications.

In October of 2004, a personal drug importation program called I-Save Rx was launched under the leadership of Blagojevich and then Congressman Rahm Immanuel. The lead pharmacist responsible for the program’s development was Ram Kamath, PharmD, now Director of Pharmacy Policy and International Verifications for PharmacyChecker.com. I-Save Rx showed state residents how to access affordable medication from approved pharmacies in Canada, the United Kingdom and Ireland. Within just seven months, Wisconsin, Missouri, Kansas and Vermont had joined the initiative, allowing their residents to participate as well.

Unfortunately, after its approval, the government did not market the I-Save Rx program and it suffered due a lack of political will. But I-Save Rx’s creation proved that government could, without much difficulty, create a program to facilitate the purchase of affordable medication from Canada and other countries. In fact, our current Secretary of Health and Human Services, Kathleen Sebelius, was governor of Kansas when she approved the program for use by her state’s residents. It should speak volumes that the administration official now tasked by President Obama with “protecting the health of all Americans and providing essential human services, especially for those who are least able to help themselves” approved of a personal drug importation program and made it available to the residents of Kansas. END_OF_DOCUMENT_TOKEN_TO_BE_REPLACED

Prescription Drug Prices Across the Pond – Wishing Our Medical Establishment Would Speak Up!

We’ve recently reported on actions by foreign governments that lowered drug prices in other countries during the recession – a period in which U.S. drug prices increased. Despite much lower drug costs in other wealthy countries, there are voices of discontent regarding drug prices within these countries as well. This week we decided to take a look at drug prices in the United Kingdom.

This month in England, National Health System (NHS) prescription prices will raise 20 pence (approximately $0.33). This is occurring the same week that Scotland announced it will no longer charge for any NHS prescriptions – a move already in effect in Wales and Northern Ireland. About the increases, patient advocate experts are echoing the same concerns we often write about here. Katherine Murphy, Chief Executive of the Patients Association says:

At a time when many patients are struggling to make ends meet, another increase on charges they must pay is not acceptable. Some patients put off going to their doctor because they do not want to have to pay for their prescriptions. It is essential all patients feel they can access healthcare when they need it and not be deterred by costs.

When looking at the numbers it’s hard to see how such tiny increases on already low drug prices cause great concern. In stark contrast to drug prices in America today, the current cost per prescription in the United Kingdom is £7.40 – or $12. This price is for any written prescription, regardless of quantity, or if it is brand name or generic. And, medication administered in the hospital, at walk-in clinics, or by a general practitioner, plus prescribed contraceptives, are almost always free of charge.

Health organizations in the UK, such as the Patients Association and British Medical Association, view a 2.7% increase, on meds that already cost so little, as a public health issue. Compare that number with brand name drug price increases, reported by AARP, of 8.3% in the U.S. last year – on products that can cost hundreds or even many thousands of dollars a year – and we’re led to wonder, why is the whole American medical establishment not up in arms here?