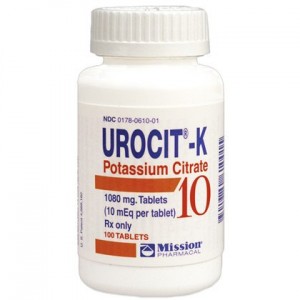 The final post in our weekly series identifying prescription drugs manufactured in America and their prices.

Urocit-K (potassium citrate) is a medication used to prevent gout and kidney stones, as well as problems caused by kidney disease. Despite being made in the U.S., where it is also available as a generic, prices for Urocit-K are lower abroad than they are in U.S. pharmacies. Ninety tablets (10meq) of brand-name Urocit-K are $145.98 at a New York City Rite-Aid, and the generic is $124.08 at the same pharmacy. From an international online pharmacy, 90 tablets of Urocit-K are only $56.70. That’s a 61% savings!

There are hundreds if not thousands of medications made in America that are sold for much lower prices elsewhere. We hope this series opened a window of light for Americans who are looking for affordable medication or interested in prescription drug manufacturing and their prices.

Tagged with: American Made Prescriptions Are Cheaper Abroad, Urocit-K