PharmacyChecker.com Updates Information about How to Avoid Rogue Online Pharmacies 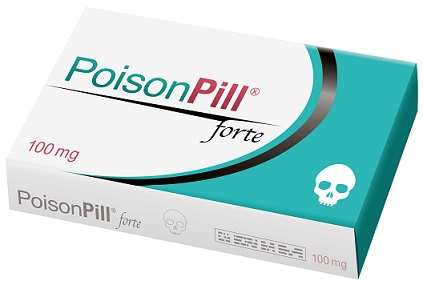 Americans sometimes want to know if rogue online pharmacies, especially foreign ones, REALLY sell bad medication or if it’s just one big conspiracy by the evil pharmaceutical industry to scare Americans away from saving a lot of money. Well, as critical of big pharma’s efforts to scare consumers away from lower cost and safe medication as I have been, the answer is, REALLY, yes. The dangers of buying a fake or otherwise harmful medication online from a foreign or domestic source, or even a real medication when you are not under the supervision of your healthcare provider, are real and serious.

What we know better than most is that consumers, empowered with the right information, can pay a lot less for medication by shopping online, internationally, and also avoid rogue online pharmacies. The right online pharmacy can save a person’s life and their finances because it sells safe medication at much lower cost than a local pharmacy – but the wrong online pharmacy could kill you.

As we explain in the updated section of our website, when looking to buy meds online, the best way to avoid a rogue online pharmacy is to stick with websites approved by PharmacyChecker.com and other noted certification and verification organizations, specifically the National Association of Boards of Pharmacies (NABP), LegitScript, and the Canadian International Pharmacy Association (CIPA). NABP’s VIPPS and LegitScript’s verification program validate safe and legal online pharmacies, but in a variety of ways wrongly conflate rogue sites with safe international online pharmacies, which can actually mislead consumers (see Rx Rights’ report on NABP and Techdirt’s description of LegitScript’s practices). That’s where the pharmaceutical industry conspiracy stuff comes in! CIPA’s online pharmacy standards are similar to, but not the same as, PharmacyChecker.com’s, and many of their members are also approved in our program – but we can’t vouch for those that are not. Regardless of the differences, all of us want to see consumers avoid dangerous drug-selling websites – often referred to as rogue online pharmacies – and some of us also want to maximize your online access to safe and affordable medication!

Is it legal to order medications online? Yes. If you live in the U.S., you can legally order medications online for mail order, such as from Walgreens or CVS. Is it legal to order medications from an online pharmacy located in a foreign country – to personally import it? Technically, no; but people who import small quantities of prescription medication for their own use, according to the FDA, are not prosecuted for doing so. There are a lot of nuances and quirky details when it comes to laws and regulations that apply to online pharmacies. Some laws are there to protect your health and safety; others seem more bent on protecting the profits of big drug companies – and there’s a lot in between. It’s complicated.

So this week, in our continuing quest to get the truth out and for our elected leaders in Congress to take bold action to protect online access to safe and affordable medication, we’re publishing the next section of our report called Online Pharmacies, Personal Drug Importation, and Public Health…

END_OF_DOCUMENT_TOKEN_TO_BE_REPLACED

As we all know, an unaffordable drug is neither safe nor effective. No less true, an ineffective drug, whether dirt cheap or super expensive, can have hazardous health consequences, even death. That’s why consumers seeking low cost medication online look to avoid bad meds by finding accredited online pharmacies with a PharmacyChecker or VIPPS seal. But that might not always be good enough…

People don’t like to talk about it but sometimes switching from a brand name med to an “equivalent” generic can lead to serious health problems. And this happens at your local U.S. pharmacy, not just online. Tod Cooperman, MD, president of PharmacyChecker.com, knows about this more than most people. In his capacity as president of ConsumerLab.com, he participated on an expert panel at a Congressional briefing this past Wednesday, organized by a new group called the Safe Medicines Coalition led by economist and counterfeit drug expert Roger Bate, PhD. The panelists and others are authors of a new paper called “Drug Inequality: Allowable Variations and Illegal Underperformance in Off-Patent Drugs.”

Dr. Cooperman’s main contribution to the panel comes from his experience testing a generic version of the anti-depressant Wellbutrin XL. To make a long story short, in 2007 ConsumerLab.com tested Teva’s FDA approved generic of the 300 mg version called Budeprion XL – an extended-release product. A generic drug that is bioequivalent to the brand name drug is supposed to work pretty much the exact same way as the brand. Consumerlab.com found that Teva’s generic did not dissolve like Wellbutrin XL – it released the drug much too quickly. It took the FDA more than 5 years but it finally conceded that the product was not bioequivalent to the brand product because it released the active ingredient much faster.

According to the People’s Pharmacy, people taking this generic were feeling more depressed, and even suicidal – until they switched back to the brand or to a different generic. The People’s Pharmacy and ConsumerLab.com shared this information with the FDA back in 2007 only to be ignored.

In order for the FDA to approve a generic drug for sale in the U.S., it must be proven to be bioequivalent to the brand name drug –delivering approximately the same amount of drug over the same amount of time in a group of healthy volunteers. It turns out that Teva never did this for the 300 mg version of Budeprion XL. The FDA approved the drug anyway, based on the data and approval for a lower strength version, Budeprion XL 150mg. What’s more amazing is that generic medications, even though they are not the exact same as their brand name counterparts, under U.S. law, must have the exact same clinical data in their package inserts as the brand name drug. That is, the data shown in the insert is NOT actually the data for that generic. This is meant to give the impression that all generics are the same as the brand name product, even though that’s not the case. If that doesn’t seem to make sense then you’re thinking clearly.

In 2012, the FDA admitted ConsumerLab.com had been right, and stated that Budeprion XL 300mg is was not bioequivalent to Wellbutrin XL 300mg.

Dr. Harry Lever, a cardiologist, talked about patients who were not responding well when switched to certain generic heart medications, such as beta blockers. Most interestingly, problems not only occurred when patients switched from brand to generic but even from generic to generic, which takes us back to the efforts of ConsumerLab.com above and moves us into a new point: Not all generic drugs are equal to each other, and a particular generic might work better in one patient than another!

The key takeaway from Dr. Lever’s and Dr. Cooperman’s presentations is that if a certain generic drug is working for you, then try and stay on that exact same medication. You’ll find it’s not easy because pharmacies often interchange generic drugs in their dispensing practices. You can avoid this by making sure you ask for the same generic, meaning the same manufacturer, each time you visit the pharmacy.

Mr. Bate focused on the fact that drug quality, generally, is not equal from manufacturer to manufacturer, brand to generic, generic to generic, country to country, etc. Mr. Bate is not saying that most generic drugs don’t work but simply that they are not exactly the same. Dr. Preston Mason supported this by presenting data based on testing generic versions of Pfizer’s Lipitor. He found that different versions were not all equal. The lowest quality products, based on number of impurities, were made in India for export to poorer countries.

The final presenter was Dinesh Thakur, the whistleblower that outed major manufacturing problems and corruption at Indian drug manufacturer Ranbaxy. Ranbaxy was actually granted the first go at marketing generic Lipitor in the U.S., but their version was eventually recalled due to small particles of glass that may have contaminated the product. You might find FDA’s nuanced position on the recall instructive and of great interest: “Patients who have the recalled medicine can continue taking it unless directed otherwise by their physician or health care provider….To date, FDA hasn’t received any reports of injury….The possibility of adverse health problems related to the recalled atorvastatin is extremely low.” I don’t recall hearing that the drug was not effective either but its recall was precautionary.

So what the hell are average consumers and even their healthcare providers to make of all of this? I’m going to copy and paste from ConsumerLab.com:

From my perspective, despite the FDA debacle with generic Wellbutrin XL discussed above, the FDA is one of the best drug regulatory agencies in the world. Following the advice above, you can and should trust generic drugs sold in the United States. What about generic drugs sold over the Internet from foreign countries? Pharmaceuticals sold in the most highly regulated countries are generally equivalent in quality and efficacy to those sold in the United States. What about from Indian pharmacies? The highest quality medications sold in Indian pharmacies are on a par with those sold in the U.S., too, but there’s more deviation and far too little oversight from the Central Drugs Standards Controller Organization, India’s FDA.

For all of these reasons, if you’re buying online and getting a drug internationally stay away from websites that are not credentialed by PharmacyChecker.com. And remember, despite crazy price increases in a good number of generic drugs, most generic medications approved for sale in the U.S., sold at local pharmacies are less expensive than International online pharmacy prices – even cheaper than India! However, brand name products are usually far less expensive outside the U.S. (and apparently sometimes safer than generics) – and you can check those prices on www.PharmacyChecker.com.