A Tale of Two Drug Bills 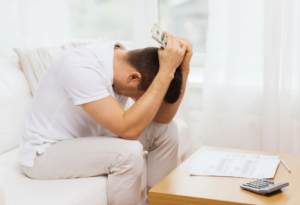 Both opioid abuse and the high price of medication have wreaked hell on Americans and their families, and now two very different bills in Congress that affect drug importation aim to alleviate these crises. However, if the pharmaceutical industry has its way, the bill meant to address the opioid problem will worsen the catastrophe of inflated drug prices in the United States by threatening American access to lower cost medication imported from Canada and other countries.

While the high cost of prescription medication is often attributed to the greed of pharmaceutical companies, fewer people are aware that that same avarice aided in causing the epidemic of opioid abuse. Decades ago, drug companies successfully pushed for looser prescribing rules for opioids, which encouraged providers to overprescribe them to their patients.

According to the Centers for Disease Control and Prevention (CDC), 33,091 Americans died in 2015 from overdosing on opioid drugs, but high drug prices can kill, too. Approximately 45 million Americans did not fill a prescription last year due to soaring costs of medication. When people fail to take prescribed medication it frequently leads to illness and too often, worse, death. The CDC estimates that 125,000 people die each year because they are not taking the necessary medications for chronic conditions.

Introduced by Rob Portman (R-Penn.), the Synthetics Trafficking and Overdose Prevention Act (known as the STOP Act) seeks to curb illegal importation, mostly coming from China, of a synthetic opioid drug called fentanyl, which is 50-100 times stronger than methadone.

In 2015, the CDC reported synthetic opioid overdose as the cause of death of 9,580 people, a 72.8 percent increase from 2014. Many of these cases are tied directly to fentanyl. Granted, some deaths can be attributed to lawfully manufactured fentanyl, but the CDC believes that illicitly manufactured fentanyl, which is also used to make counterfeit prescription narcotics including imitation Vicodin and Oxycontin, is the real culprit.

The STOP Act’s language targets the United States Postal Service, through which the fentanyl is coming in, and this is at the heart of the problem.

Under current law, commercial carriers, such as Federal Express and UPS, must provide U.S. Customs and Border Protection, the agency responsible for policing imported goods, advance electronic data about incoming deliveries. That data makes it easier to stop illegal imports, which include illegal fentanyl from China, but also safe prescription medication from Canada.

The USPS does not receive advance electronic data at its international mail centers as uniformly as private carriers, which means fentanyl can be delivered by the USPS. The STOP Act would force USPS to demand advance electronic data from foreign postal services, like Canada Post, and operate similarly to private carriers – making it potentially much easier to stop the fentanyl imports. The twist is that safe and more affordable medication purchased by Americans can also be stopped this way. The bill should be amended to prevent that.

While the scourge of illegal opioid importation is something we should stop, importation of affordable, non-narcotic prescription medication is a lifeline for millions of families. Despite federal restrictions, about 19 million Americans have imported medication for personal use due to high prescription drug prices in the U.S. The practice is prohibited under most circumstances, but individuals are not prosecuted.

The Affordable and Safe Prescription Drug Importation Act, introduced by Senator Bernie Sanders (I-Vt.), would make importation of lower cost medications from Canada, and eventually other countries, lawful. According to a survey by the Kaiser Family Foundation, seventy-two percent of Americans want the law changed.

The bill would also prohibit importation of controlled drugs, such as prescription narcotics, whether lawfully manufactured or fake. Earlier this month, a coalition of non-profit organizations signed on to a letter to Congress supporting the importation bill and those Americans who currently need to import lower cost medication.

Killing the Sanders importation bill, a goal of the pharmaceutical industry, is just the latest chapter in its long campaign to scare people and politicians about importation. A key strategy is to conflate importation of real medicine with that of counterfeit drugs and narcotics, as well as safe international online pharmacies with rogue ones.

Organizations funded by drug companies are promoting the STOP Act, noting it will protect people from not just fentanyl, but counterfeit drugs online. They are conspicuously silent (but they know) that the proposed rules could also curtail imports of genuine medication ordered online from other countries.

There are rogue online pharmacies that are dangerous and sell counterfeit drugs, but they can be avoided with public education and targeting by regulatory and law enforcement actions. For those who buy from properly verified international online pharmacies, personal importation can be equally as safe as walking in your local pharmacy. The safest international online pharmacies all require valid prescriptions, do not sell controlled medications, and do not sell opioids. Their prescription drug prices are often 70 percent lower than in the U.S., and this access to affordable medication is something that should not face roadblocks by the USPS.

Although pharmaceutical companies did not cause illegal importation of dangerous synthetic opioids, their efforts to promote loose prescribing of narcotics fanned those flames. Clearly, skyrocketing medication prices at home have led Americans to illegally obtain lower cost medications from international pharmacies.

We must not restrict imports of safe and affordable medication in an effort to stop illegal opioid trafficking. Allowing the STOP Act to become law in its current form, while a gift to Big Pharma, could prevent many Americans from getting the medication they need.

Gabriel Levitt is president of PharmacyChecker.com, a company which verifies online pharmacies and lists drug price comparisons, and founder of Prescription Justice, a non-profit organization dedicated to ending the crisis of high drug prices in America. Financial disclosure: PharmacyChecker derives revenues from its Pharmacy Verification and Listing Programs.