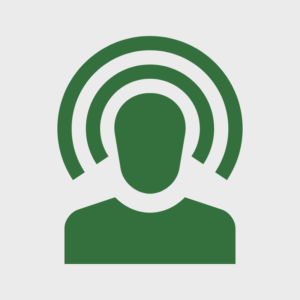 This week, I attended ASOP Foundation’s symposium titled: “Spotlight on Illegal Online Sales of Medicine.” ASOP is short for the Alliance for Safe Online Pharmacies. That organization, which started with funding from Eli Lilly and the National Association of Chain Drug Stores, has often received criticism on these blog pages. Like other Pharma-funded initiatives, its goals are aligned with the pharmaceutical industry and one of its main objectives is lobbying against personal drug importation. It often conflates, through its public education programs, safe international online pharmacies with dangerous rogue websites. However, a good part of its work is helping raise awareness and policy development to stop rogue sellers of counterfeit and substandard medicines from harming patients, and that’s something PharmacyChecker is 100% behind.

Much of ASOP’s work was the brainchild of LegitScript, a founder of ASOP. Truth be told, PharmacyChecker is the expert in safe international online pharmacies and providing consumers with useful guidance about them, but LegitScript/ASOP are the experts in rogue online pharmacies and pushing policies to shut them down. It’s disheartening that they seemingly refuse to separate safe importation from rogue online drug sellers. But I’ll put that aside for now.

I’m going to focus today’s post mostly on presentations by two high-ranking FDA officials. The first was the morning’s keynote speaker, Donald Ashley, JD, FDA’s Center for Drug Evaluation and Research Director of Compliance. His focus was the FDA’s efforts to combat illegal opioid sales online and those being imported through international mail facilities. I’ve written about how such actions can be used against safe personal drug imports. While that would be unfortunate, Mr. Ashley was meticulous in communicating that his efforts are strictly focused on opioids: shutting down fentanyl and other opioid-selling sites; detecting and stopping illegal opioid imports; and, through the Office of Criminal Investigations, charging and prosecuting these online opioid drug dealers.

Keep in mind that online pharmacies had virtually nothing to do with fueling the opioid crisis in America.  Essentially, overprescribing of prescription narcotics by patient providers was the main culprit – one largely caused by a greedy pharmaceutical industry spreading misinformation about best prescribing practices. However, Mr. Ashley brought one very sobering fact to the table to show that the illegal importation of fentanyl and its analogs are now seriously fanning the flames. He showed that prescribing of opioids peaked in 2012, but the opioid crisis has grown exponentially deadlier – with fentanyl and counterfeit prescription narcotics playing a major role – since that time. I did not fully appreciate this until attending ASOP’s Symposium.

While Pharma-funded groups have created false narratives and even fake facts about counterfeit drugs, counterfeit drugs made with fentanyl and its analog ingredients are now killing people across the country and the FDA is working to stop it. For instance, the SUPPORT Act gives the FDA new authority to quickly destroy illegal imports that contain fentanyl and other addictive drugs. Again, those authorities could be used to take away a person’s diabetes or blood pressure medicines, but to hear it from Mr. Ashley, they are going for the opioids. Most interesting perhaps is the technology they have for rapid testing of products at international mail facilities. New tools can be used to detect controlled substances and destroy them.

On the Internet side of things, Mr. Ashley noted with satisfaction Google’s policy to delist from organic search results websites that sell fentanyl. This is a handshake between Google and the FDA that I criticized this past summer as a slippery slope toward censorship of content. I stand by that criticism. In that deal, Google has agreed to remove any sites—based on an FDA administrative decision— from its search results. It’s kind of shameful on Google’s part, but it appears that that the FDA, to date, is using its authority responsibly.

I also learned that there will be another FDA summit dedicated to opioid sales on the Internet. The first such summit was billed as open to the public but turned out to be pretty much behind closed doors.

The other presentation by FDA personnel was from Dr. Michael Kopcha, Ph.D., R.Ph, Director, Office of Pharmaceutical Quality. This is a relatively new office that formed in 2015. As I understood it, the office brought under its umbrella all the work going on in other offices and divisions related specifically to drug quality. Efforts were too scattered, and, by bringing them under one roof, the FDA has harnessed its energies to be more efficient in making sure FDA-approved drugs are high quality.

When most people talk about the FDA’s drug approval process, they speak of safety and efficacy. First, a drug manufacturer must prove that a new drug is safe, meaning it won’t harm the patient taking it. Second, through clinical trials, a new drug applicant must show that the drug actually works for its intended purpose: efficacy. The Office of Pharmaceutical Quality’s work is to assess, monitor and promote quality of those safe and effective drugs. The OPQ employs 1,300 people to work on this!

How does this relate to online pharmacies?

The OPQ has apparently been tasked with testing products ordered online. Unfortunately, I did not fully follow Dr. Kopcha’s data on the results and they are not public because, according to Dr. Kopcha, they are part of FDA investigations of online pharmacies. However, clearly the FDA has the resources through OPQ to test the quality of imported medicines for personal use in a balanced, scientific manner. It reminded me of a “sting operation” reported on in December 2017 where the FDA conducted mystery purchases of imported medicines and tested them: “all of which proved in testing to contain the ingredients matching the medicines ordered.” I’m wondering if this was OPQ’s work.

I bolded one of OPQ’s roles above because it’s often on my mind when thinking about drug prices and safety and ordering meds online for personal import. In properly balancing potential quality risks with the risk of a patient not getting a drug, one must bear in mind affordability of that drug. International online pharmacies that consistently sell high-quality, lawfully-manufactured medicines to Americans with a valid prescription could not possibly pose a threat under a fair assessment. The argument against this might be that the U.S. drug is superior to its foreign version in its higher quality – due to the good work of Dr. Kopcha and his Office of Pharmaceutical Quality. What good is the superior quality of the FDA-approved drug if it’s not affordable? That’s assuming its quality is in fact superior.

Remember, the creation of OPQ followed a tragedy in the U.S. due to bad drugs: tainted Heparin that killed 81 Americans in 2007-2008. Europe did not experience this tragedy, potentially due to its superior quality controls. In the two decades that Americans have been importing medicine for personal use from licensed pharmacies to fill prescriptions, nothing close to that has ever happened. In fact, there have been zero deaths reported from a safe international online pharmacy. Rogue sites, domestic and foreign, have killed people, however: particularly those that sell additive prescription narcotics without requiring a prescription.

Balancing risk and access to medicines is the main job of the FDA, and they can continue to excel at it while bringing more to the table for Americans who choose by lower-cost medicines from safe international online pharmacies. They can do so by making sure that their activities, with Alliance for Safe Online Pharmacies cheering them on, against online drug sellers don’t burden Americans who can’t afford medicines locally and rely on safe international online pharmacies.