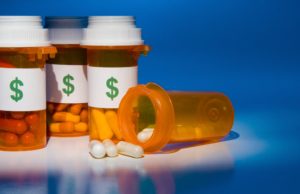 The problem is just getting worse.

I’m pleading guilty to plagiarism here…well, kind of. I lifted this blog post’s title from the lead section in an article by Brad Tuttle last week in Time.com – called, “Prescription Drug Prices in America Are Rising Like No Other Industry.” The gist of the article is one we’re familiar with: drug price inflation is a major aberration in the U.S. economy, increasing about 10% a year for the past three years. Compare that to general inflation, which is historically, exceedingly low – averaging about 1% for the past three years.

You can read the aforementioned article for yourself — but what really jumped out at me was the discovery of another piece by Mr. Tuttle called “21 Incredibly Disturbing Facts about High Drug Prices” from this past June. Here are the top three fact (of the 21) that resonate loudest with me and why they do.

Reason of Interest: The pharmaceutical industry has been bizarrely bragging about the fact that pharmaceutical spending makes up only 10% of all healthcare spending in the U.S. – kind of implying Americans are getting a good deal. That spin has always been kind of nauseating to read but I have to admit I never fully investigated Pharma’s claim of 10%. I knew that the number was going up but not that it had reached 16.7% — over double what it was in the 1990s. The source linked to by Mr. Tuttle is Stat News, which got it from the government, here.

Disturbing Fact: “The price of the life-saving drug Daraprim was jacked up 5,000% overnight last fall by the company that purchased it, Turing Pharmaceuticals, and its hated CEO Martin Shkreli. In an instant, the price of a single pill went from $13.50 to $750, and a full bottle that cost $1,700 went up to $75,000.”

Reason of Interest: PharmacyChecker outed this as the quintessential example of why Americans are getting ripped off and should be lawfully permitted and not just given a yellow light to import medication. At the time the story broke, as our CEO wrote in the Huffington Post, Daraprim could be purchased from the UK at several international online pharmacies in our program for about $6!

Disturbing Fact: “10% of patients with the blood cancer multiple myeloma said they stopped taking a drug to treat it because it cost too much.”

Reason of Interest: It’s so morbidly depressing that that goes down in the United States.

But what’s perhaps most depressing is the opening sentence of Mr. Tuttle’s article: “The high cost of prescription drugs has been causing pain and hardships for millions of Americans for years. And the situation appears to only be getting worse…”