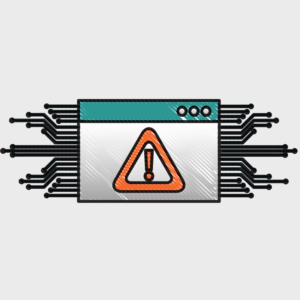 The FDA is warning 21 online pharmacies to stop selling certain prescription opioid drugs to people in the U.S.

According to the FDA, the 21 websites at issue are operated by four separate networks:

Each network received a similar warning letter from the FDA, which singles out their alleged illegal sales of unapproved and misbranded tramadol, also noting that a prescription was not required.

In a related story, Tarbell has a new report out about how Big Pharma and its suppliers, like AmerisourceBergen, actually caused the opioid crisis in the first place – and how they’re using diversion tactics to show the public they are, in fact, part of the solution. It’s no secret here that Pharma is funding the push to blame the Internet and importation. So, as the FDA goes after the Internet as the cause of the deadly opioid crisis, we challenge its leaders to look at the very people who are encouraging the FDA to do so and support the state-based efforts to prosecute them where appropriate. They should also examine their own failures to regulate the industry, as recently as 2016, when the FDA knew that drug companies were still encouraging prescriptions for fentanyl for moderate pain. Those failures led to more people getting hooked on and dying from opioids.

To be clear: We generally agree with the FDA on this latest enforcement action, and we hope to see fentanyl-selling sites targeted soon. Our PharmacyChecker Verification Program bans any online pharmacy that sells controlled drugs, with or without a prescription, into the U.S. We are, however, all too aware of how easily a crackdown against drug dealers can be misused to curtail access to personal imports of lower-cost medicines.

“Offering unapproved opioids for sale is particularly concerning given their potential for abuse and dependency, especially amid the growing opioid epidemic in the U.S.”

It then goes on to sum up the devastation of the crisis, such as 42,000 dead from drug overdoses in 2016. For me, the label “unapproved’ isn’t what is most concerning about these sales; it’s the fact that the online pharmacies (as noted at the bottom of the letter) are selling controlled, prescription drugs without requiring a prescription. While the Internet is responsible for a tiny fraction of illegally-obtained opioid drugs, it’s these no-prescription required sites that are the worst culprits in this space, drug dealing to people who are addicted.

The drug tramadol, the focus of FDA’s action, is approved by the FDA to treat moderate to severe pain. It’s a Schedule IV, controlled substance, which means its distribution is regulated by the U.S. Drug Enforcement Agency. Controlled drugs are scheduled I-V, with Schedule I being illegal, and II, the most addictive. Tramadol is sold under the brand names Ultram and ConZip. The drug is lawfully sold under other names in other countries, but those versions are unapproved and misbranded for sale in the U.S., and these targeted websites are selling such versions. See “A Drug Importation Vocabulary Lesson: Misbranded and Unapproved Drugs.”

Like other opioids, tramadol is an addictive drug. However, it’s worth noting that tramadol is neither recognized as one of the most addictive prescription opioids, nor has it been the main target of the FDA’s public campaign against opioid sales on the Internet. Drugs, like Vicodin and Percocet, are DEA Schedule II controlled substances, as is fentanyl, meaning they are far more addictive than tramadol. Moreover, until 2015, tramadol was not even a federally controlled drug, but sold as regular prescription drug.

While the move against these rogue sites selling tramadol is good, it seemed incongruous with the narrative of fighting fentanyl. Fentanyl has been the rallying cry for an Internet shakedown against tech giants, like Facebook and Google. For instance, fentanyl is the only opioid mentioned in this letter from several senators to Google, asking it to voluntarily censor its search results to remove websites that sell it.

We support the FDA stopping online sales of addictive prescription drugs (whether FDA-approved or not, tramadol or fentanyl) without a prescription because the practice is dangerous to patient safety and fuels the opioid crisis. Now, we hope they go after the source of the crisis: the drug companies.