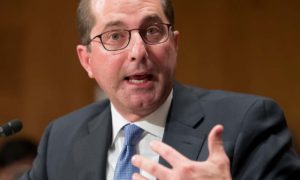 Yesterday, Health and Human Services Secretary Alex Azar announced that he was tasking FDA Commissioner Scott Gottlieb with forming a working group to explore how drug importation could be used to lower prices. See Gottlieb’s remarks on the proposal.

The crux of the proposal is very narrow. Azar is considering allowing imports of foreign versions of off-patent medicines that only one manufacturer (also referred to as “single-source” drugs) is selling in the U.S. market. That would be a drug without any competition where the company with the marketing license jacks the price. Keep in mind that he has simply called for a working group to discuss it.

I’m getting asked a lot of questions about this proposal and realize that many people, including well-informed journalists and policy professionals, don’t really get this.

People who already import medicines, through buying them online or carrying them home from Canada to save money may also be confused!

So, to help any and all understand what HHS and the FDA are considering when it comes to drug importation, below are some important takeaways. My general take, as noted in the Washington Post, is that it’s a step in the right direction (if it goes forward), and it could help educate the public about greater potential benefits to larger scale importation.

More analysis on Gleostine and CeeNu