How many people buying from international online pharmacies have a prescription? 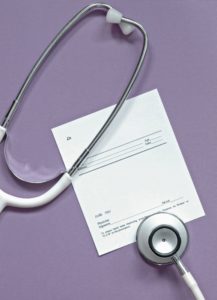 One of the hallmarks of a safe international online pharmacy – or a domestic-only online pharmacy – is the requirement of a valid prescription, one that a customer obtains locally from his or her doctor or other licensed practitioner during an in-person medical consultation. Whereas rogue online pharmacies, domestic and international, sell prescription drugs without requiring a prescription or they offer a bogus remote medication consultation with an anonymous doctor. Most people looking to buy medications online are seeking lower prices; others do it because they can’t afford to see a provider or their providers won’t write the prescription they want.

The survey on drug prices and importation was conducted by Zogby Analytics, commissioned by Prescription Justice and has a margin of error of +/-3.1%. Extrapolating the percentages to the general adult population we find 27 million Americans say that they have ordered medication online, imported for personal use; 20.5 million had a prescription; 6.5 million did not have a prescription. The number 20.5 million is surprisingly close to a recent Kaiser Family Foundation survey that showed about 19 million Americans say they import medication for personal use because of cost.

In the Prescription Justice survey, 1001 people were asked “Have you, or anyone you know, ever imported prescription medication(s) for personal use from a Canadian or other international online pharmacy?” Just over 10% (109) answered that they either currently import medication ordered online or have done so in the past. Those respondents were then asked: “Did the online pharmacy require a valid prescription from your doctor or other healthcare provider?” 76.2% (81) responded YES, and 23.8% responded NO. It’s possible and worth noting that some respondents who said they did have a prescription may have relied on a remote medical consultation, which did not lead to a valid prescription.

It’s unfortunate and potentially dangerous that so many people are still buying medications who are not under the supervision of a healthcare provider (meaning they don’t have a prescription). However, I was surprised at this finding because I thought more people were trying to get medications online without prescriptions. In a sense, these findings, that most people seeking lower cost medications online have prescriptions, were encouraging.

I’ve analyzed several surveys that address online pharmacy purchases, most that relate to personal importation but not all. Many of the surveys analyzed were funded by FDA (you the taxpayers) or pharmaceutical industry-funded groups, which are against international online pharmacy purchases. They categorically warn consumers not to buy medication online from no-prescription sites. If you think that’s just big pharma talking, you’re wrong.

Self-prescribing, especially drugs of addiction, such as prescription opiates, have led to tragic consequences: most famous among them the death of Ryan Haight in 2001, which led to the Ryan Haight Online Pharmacy Consumer Protection Act of 2008. The facts show that patient harm from online drugs is associated with no-prescription sites, and, particularly the purchase of controlled drugs.

One study, Health Outcomes in Patients Using No-Prescription Online Pharmacies to Purchase Prescription Drugs, published in 2012, provides empirical data demonstrating the real public health threat from rogue online pharmacies. Interestingly, the study looked at online purchases of the pain medication called Tramadol, which was not a controlled drug at the time of the study but it is today. Not surprisingly, the study found that people are more likely to suffer adverse health effects from medications when they self-prescribe and buy online. According to the study, people report noted receiving adequate amounts of medication to treat their pain as a primary cause for buying Tramadol without a prescription. They also said that the cost of seeing a healthcare provider and paying for medication is too high.

More than just the dangers of self-prescribing are the risks of obtaining counterfeit or substandard medication from no-proscription sites. Peer-reviewed testing of medication authenticity showed that online pharmacies that require a prescription, ones verified by PharmacyChecker.com and other credentialing organizations, sell lawfully-manufactured and high quality medication. In contrast, just over 10% of orders from no-prescription sites were not authentic.

Lesson here/bottom line: online pharmacy safety, international or domestic, is highly dependent, for both medical care and drug quality, on online pharmacy prescription requirements. Most Americans seeking affordable medication are choosing prescription-required sites, too many are not.