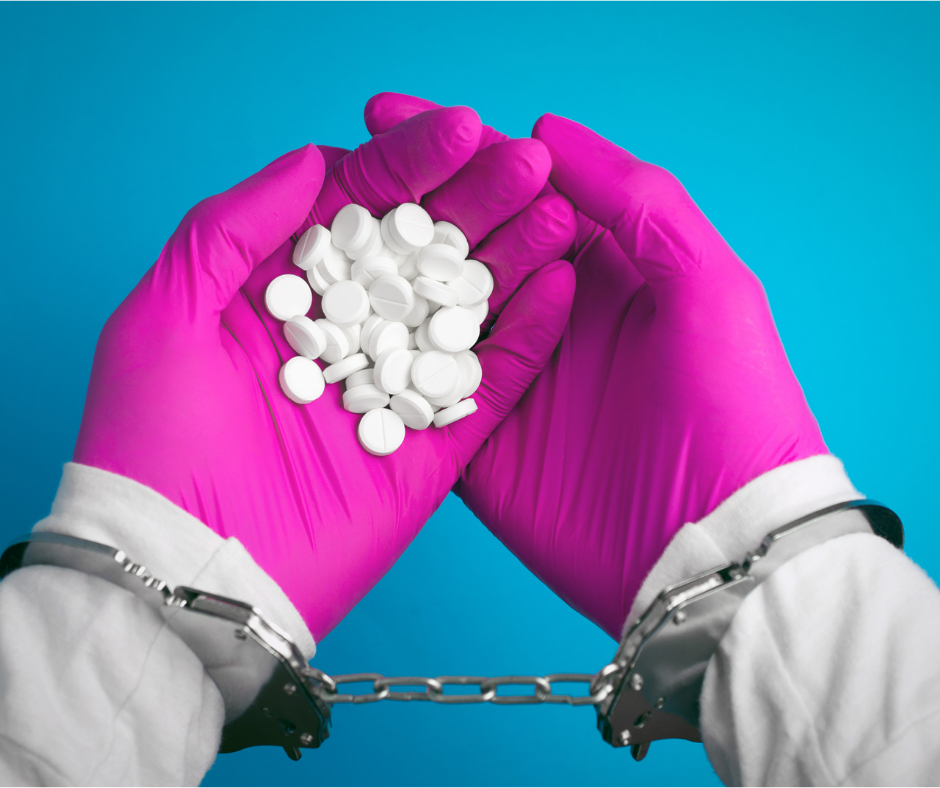 Rochester Drug Cooperative, a large pharmacy wholesaler accredited by the National Association of Boards of Pharmacy (NABP), pleaded guilty last week to illegal sales of opioid drugs, including oxycodone and fentanyl. The NABP operates a program called Verified Authorized Wholesale Distribution (VAWD). According to its website, NABP VAWD accreditation helps “ensure that the wholesale distribution facility operates legitimately, is licensed in good standing, and is employing security and best practices for safely distributing prescription drugs from manufacturers to pharmacies and other institutions.”

The nation’s largest pharmacy wholesalers, McKesson, Amerisource Bergen, and Cardinal Health – companies with many NABP-accredited facilities – have all paid fines related to civil or criminal charges of illegal opioid drug sales, including fentanyl. Along with large drug companies, like Purdue Pharma, Johnson & Johnson, and Insys Therapeutics, the main arteries of American’s “legitimate” drug distribution supply chain are accused of causing the opioid epidemic with 218,000 opioid-related deaths over the last 20 years.

“Qualifying wholesale distributors shall provide information to verify that:

Rochester Drug Cooperative appears to violate these VAWD criteria, but I can’t know for sure because NABP’s VAWD criteria singles out the wholesaler’s “designated representative” as the one who cannot be under legal sanction – and presumably that person can be quickly replaced. As seen on the NABP VAWD website today, Rochester Drug Cooperative remains accredited by the NABP, as do most wholesalers operated by McKesson, Amerisource Bergen, and Cardinal Health.

Why is the NABP maintaining the accreditation of the companies in the drug supply chain most responsible for illegally distributing opioids?

I believe it’s because the NABP, in representing the interests of the U.S. state pharmacy boards, which regulate drug wholesalers, has serious conflicts of interest.

It seems that these same conflicts spill over into NABP’s public education campaigns and consumer warnings about online pharmacies; and public policy positions on prescription drug importation.

When it comes to the opioid epidemic and other public health threats, the NABP has focused a lot of attention and resources on the Internet and the dangers of prescription drug importation. It does so in part through drug company-funded public education efforts to warn patients to stay away from websites on its NABP Not Recommended List. That list not only includes many thousands of dangerous websites, but also online pharmacies in Canada and other countries that require valid prescriptions and don’t sell opioids at all—but do sell regular medicines at much lower cost. Opioid sales online, especially fentanyl ingredients, which are then used to make counterfeit drugs, are a serious problem. However, according to government data, the Internet has had very little to do with illegally obtained opioids and certainly didn’t cause the opioid epidemic.

The NABP has taken lots of money from drug companies over the years, including those most implicated in the opioid crisis. In 2011, Purdue Pharma gave a grant of $1 million to the NABP to help states address the problem of “doctor shopping” in which addicts seek out multiple doctors to obtain prescriptions for narcotic drugs. Purdue and its executives now face 1,500 civil cases for the role they played in the opioid epidemic.

At the time of this writing, the former CEO of Rochester Drug Cooperative, Laurence F. Doud III, who, unlike the company and other executives, is pleading not guilty (but is innocent until proven otherwise), may be the first drug executive to serve time in prison. Drug company executives, such as Insys Therapeutics founder John Kapoor, may also face jail time for their roles in causing the opioid epidemic.

“We won’t solve our opioid crisis by putting drug executives in prison. But we might find hope in these small acts of justice. Perhaps such sentences will be the chemotherapy that begins to treat the whole drug supply chain’s cancerous complicity.”

In considering the reality of who really caused the opioid epidemic, contributing to the deaths of hundreds of thousands of people, perhaps the NABP should be warning the public about its own accredited companies and the funders of its Internet pharmacy programs.