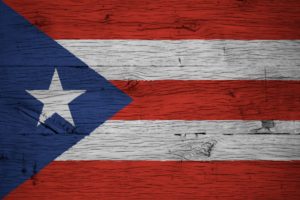 The FDA has just announced that the next few weeks may spell shortages of some critical, life-saving medications. Why? Well, a lot of pharmaceuticals you rely on here in the U.S. are manufactured in Puerto Rico, the U.S. territory which was tragically hit—and hit hard— by Hurricane Maria.  If your medication is not available on U.S. pharmacy shelves, then you may be able to find it online, where it may be stocked internationally, but make sure to stick to pharmacy websites verified by PharmacyChecker.

According to the NY Times, there are 80 plants in PR that make drugs for the U.S., including Xarelto and Humira, accounting for $15 billion in sales last year. The industry states that drug and medical device makers “contribute” to the employment of about 100,000 people on the island, but this source reports that it is just above 18,000 (with 68,000 indirectly employed). Anyway, it’s a big number and we’re hoping for a speedy recovery.

The same medications made in Puerto Rico are then shipped to states throughout the U.S. and globally, which means the shortages could be international. However, some drugs made by large pharmaceutical companies, such as Eli Lilly, AbbVie, and Jansen are also manufactured in other countries. Technically, those same drugs may not be “FDA-approved” because they are made in plants not registered with the FDA.

In his wisdom, FDA Commissioner Scott Gottlieb is considering approving plants in other countries, such as Mexico, Canada or Ireland, according to Reuters. Since we’ve already registered thousands of plants in other countries that ship to the U.S., this shouldn’t be that difficult. Of course, this speaks volumes about prescription drug importation – and the fact that we already rely on foreign made drugs for most pharmaceuticals consumed in the U.S.

But what about drugs made in PR for Canada and the U.S.?

In the case of Synthroid, the drug to treat hypothyroidism, and other diseases related to the thyroid, is made in Puerto Rico – for both the U.S. and Canada, but it can be found through other verified international online pharmacies listed on PharmacyChecker.com for much less than you’re used to paying in the United States; about $1.69 per pill vs. 30 cents a pill in Canada. See Is Synthroid in Canada the Same as in the U.S.

According to Eli Lilly, Cialis is also made in PR for distribution in the U.S and Canada. Cialis is distributed throughout the world by Eli Lilly at much lower prices than in the U.S. It’s about $13 per pill here and only $4.36 in the UK. If you’re interested in reading more, please see: Is the Cialis on Your Website Guaranteed to be Made by Eli Lilly?

We’re all hoping for a quick recovery for our fellow Americans in Puerto Rico. If you have a little extra to give to their recovery efforts, I encourage you to do so. There are so many options out there to donate. Check out this piece in Consumer Reports for some guidance on giving.

Again, I hope the pharmaceutical plants recover so that there aren’t serious supply issues for essential medications. If they cannot, then it’s incumbent on the FDA to move quickly and expressly permit imports from plants elsewhere that make the same drugs.