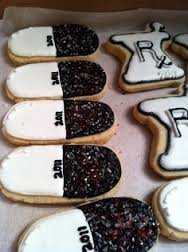 OPEN enrollment for Medicare Part D drug plans ended this past Sunday, but my thoughts about them linger. Our website www.MedicareDrugpPlans.com received about 150 ratings of part D plans in 2014 – most of them highly critical, and some of them downright scathing! Whether it’s a plan’s horrible customer service, lack of coverage of many brand name drugs, or dropped coverage, we’re hearing from many irate seniors. At the same time, some studies have shown most seniors are happy with their plans. Why all the contradictions about Part D? To understand, please join me on a trip down Part D memory lane.

When PharmacyChecker.com was founded in 2002, American seniors did not have pharmacy benefit plans through Medicare. While most seniors had some drug coverage through private health insurance or Medicaid, 25% were without any drug coverage and, thus, vulnerable to a pharmacy’s highest retail price. Just eight months after our website launched in April 2003, Congress passed and the president signed the Medicare Prescription Drug, Improvement and Modernization Act of 2003 (MMA), which created a pharmacy benefit opportunity for all Medicare enrollees known as Part D.

It’s amazing and sad to report that, today, the problem of high drug prices for Americans overall is worse than the problems existing before the MMA was born. In 2001, the Commonwealth Fund reported that 28 million Americans did not fill a prescription due to cost. That number shot up to 50 million Americans in 2012!

Particularly in the past year, the chorus of anger within the healthcare community about high drug reverberates across the country. From the launch of the $1,000 per pill Hepatitis C drug Sovaldi earlier this year to the shocking trend of skyrocketing generic drug prices, Americans of all ages are struggling to obtain prescribed drugs because of cost. Despite the cacophony of criticism against high drug prices, including consumer frustration over regulations that restrict safe personal drug importation and negative experiences with Part D plans, we must remember that the MMA has helped tens of millions of seniors afford and save money on prescription drugs.

Throughout the 1990s, prescription drug prices increased by over a 100%. Growing demand, new medications, and more dollars spent on advertising and promotion by the pharmaceutical industry fueled the increases. This was the decade that launched “blockbuster” drugs that raked in $1 billion or more annually, like Lipitor, Celebrex and Nexium. Lipitor, for instance, had $885 million in sales in 1997, $5 billion in 2000, and, at its peak, almost $13 billion in 2006. During the latter part of the 1990s, a new type of medication called “biologics” carried even higher price tags, exacerbating a situation already out of control. And as the turn of the century arrived things got worse. In fact, form 2000-2003 out-of-pocket prescription drug spending for seniors shot up more than 50% from $644 to $996!

In 2000, Congress was seriously considering three policy solutions to address the increasing burden on the elderly of high drug prices: a prescription benefit, manufacturer rebates, and importation of lower cost foreign drugs at the wholesale and retail level. Of course we know that the chosen path was a prescription drug benefit – Part D of Medicare.

Today, over 37 million Medicare beneficiaries are enrolled in a Part D drug plan. Other seniors receive prescription benefits through employer-sponsored plans or other federal programs such as TRICARE and Veterans Affairs. There are very few Medicare enrollees without any drug coverage, although the government estimates about 10% don’t have “creditable” coverage, which means they have decided not to participate in Medicare Part D but may have some form of lesser pharmacy benefit.

According to a study about medication affordability through Medicare in Health Affairs, the drug plans initially helped seniors overcome cost obstacles for the years 2007 through 2009, but some of those gains had eroded by 2011, especially for people with chronic conditions. The closing of Medicare Part D’s gap coverage by 2020, as mandated by Obamacare, may stop and reverse this erosion in years to come.

The future success of the program will rest on Part D’s plan designs but current developments are disturbing. As we wrote back in August: “…drug plans are introducing new barriers to medicine. The new barriers include replacing traditional co-pays with fixed percentage payments called co-insurance; raising deductibles and premiums; and the removal of drugs from formularies. Beneficiaries who are prescribed multiple medications are more likely to find their out-of-pocket costs increasing due to co-insurance or lack of coverage compared to beneficiaries with fewer conditions.”

Despite these problems, a large majority of Medicare enrollees are reporting great satisfaction with their plans; a study from 2012 showed 90% were satisfied! However, a survey funded by Walgreens just a year later showed that 20% of seniors are skipping or postponing prescription doses due to cost. The online ratings and reviews given to Part D plans on our site – www.MedicareDrugPlans.com – are clearly written by those disaffected because they are generally abysmal.

The problems with Part D plans are sometimes attributed to health insurance companies cutting coverage to increase their profitability. But that might not be the main explanation. I believe skyrocketing drug prices continue to be the main problem – and seniors and taxpayers are still paying the price. AARP reported that brand name drug prices increased by about 13% in 2013, about eight times the rate of inflation. And generic drugs, which have played the starring role in keeping drug costs down for many years, have become less predictably low. In some cases generic drug prices have spiraled out of control, going up by literally thousands of percentage points.

One clear victor from Medicare Part D is the pharmaceutical industry. According to Morgan Cook of the Orange County Registrar:

Since Part D, pharmaceutical companies have made hundreds of millions in new profits, sometimes in dishonest ways. The price of brand name drugs has skyrocketed in Part D, climbing about three times faster than general inflation. For certain drugs, Part D plans pay the highest prices in the world. For other drugs, Part D beneficiaries’ co-payments are higher than the cash price an uninsured person would pay at a discount pharmacy.

And that’s where the whole American public comes in to this Big Pharma drama! As taxpayers, we foot most of the Part D bill. That was about $59 billion in 2012, on top of another $8 billion in plan premiums collected by insurance companies. While that’s a big number, Part D plans have cost the taxpayer less than initially forecast back in 2003 but don’t count on a rosy fiscal future. Current government forecasts for Part D are not promising, showing a taxpayer burden of $150 billion in 2021.

Let’s face it: Part D has been a mixed bag. We can’t expect a government program to be perfect.  I favor government programs that improve access to affordable healthcare and was pleased when Part D was born back in 2003. Part D was and is still an improvement. On the other hand, millions of seniors go without the drugs they need due to high prices and we are facing a hellish future tax bill due to Part D. All of this just to say that the taste of Medicare Part D is at best bittersweet.