Valeant Pharmaceuticals’ Strategy to Maximize Prices and Profits: Nothing Too Novel 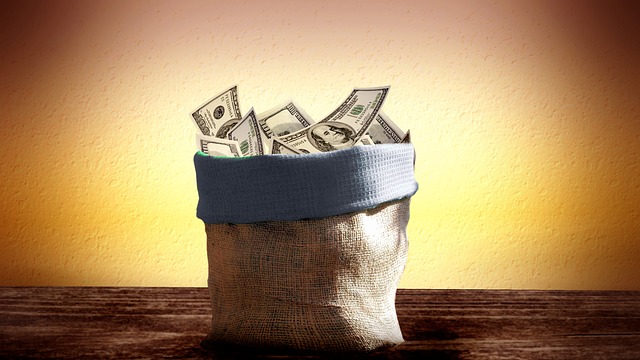 Executives from Valeant Pharmaceuticals were lambasted about their pernicious business strategy by members of the Senate Special Committee on Aging at a congressional hearing this past Wednesday. I’m glad the hot spotlight continues to shine on the faces of pharmaceutical company executives for runaway drug prices in America, but let’s not go too far differentiating Valeant from many other bigger pharmaceutical companies. While there are important nefarious nuances to Valeant’s practices, their executives were essentially called out for trying to do what all drug company business executives do: make as much money as they possibly can.

Valeant Chief Executive J. Michael Pearson’s contrite response was surreal: “Let me state plainly that it was a mistake to pursue, and in hindsight I regret pursuing, transactions where a central premise was a planned increase in the price of medicines.” I’m sure Mr. Pearson has regrets – even pharma execs feel bad about what they have done – but is the regret really felt for pursuing a business strategy of maximizing drug prices in the U.S. market? As a rational business actor, that’s what his job is as CEO of a publicly-traded company. Isn’t that what all CEO’s of pharmaceutical companies do? Yes, but…

Valeant is viewed as particularly pernicious because its price hikes for critical medications Nitropress, Isuprel, Syprine, and Cupermine, were 310%, 720%, 3,200%, and 6000%, respectively. Even worse these medications are old drugs, not new innovative medications. Those increases make average patented, brand name drug price increases of almost 15% in 2015 look paltry, even when that average exceeded inflation in leaps and bounces, which was under 1%.

Traditional Big Pharma, represented by the Pharmaceutical Researchers and Manufacturers of America (PhRMA) – think Johnson and Johnson, Pfizer, Merck, Eli Lilly – takes the position that Valeant is different than innovative biopharmaceutical companies. To me they are essentially saying, “Hey, now THEY are evil.” PhRMA asserts that traditional brand name pharmaceutical companies spend much more on research and development to make new drugs than Valeant, and justifiably reaps enormous profits from their work to heal the sick and save lives.

So here’s the novelty of Valeant’s pricing strategy according to Big Pharma: Valeant is a corporation that achieves profitability by acquiring companies to increase its value and jacking prices using market manipulation. Come on, man! Drug company merger and acquisition madness has been a featured practice of the big drug companies that comprise PhRMA for over a decade now. As to market manipulation? Paying off generic drug companies to postpone introducing lower cost versions of the brand, called pay-to-delay; extending patents through a process referred to as “evergreening” where drug companies tweak a medication that is about to lose its patent in order to extend it; lobbying Congress and the Obama administration to maintain protectionist regulations that curtail personal importation of lower cost medications: aren’t those tactics of market and even government manipulation and ones practiced by traditional Big Pharma?

But what about R&D? PhRMA is right that most of its members invest much more in R&D than Valeant. But even this argument has shortcomings. Newer, smaller pharmaceutical firms are increasingly responsible for R&D. The pharmaceutical giants either ally with or acquire those smaller firms and then have the business, marketing, and lobbying abilities to maximize drug prices for medicines they did not invent. David Park explains this in the Dartmouth Business Journal:

Large pharmaceutical firms seem to sustain themselves through acquiring small firms that innovate, rather than sitting down and innovating for themselves, even though they have sufficient financial capital do so. Therefore, the powerhouses of the industry are leaving the job of innovation to the smaller firms, which have much less resources and financial capital to do so, putting into question not only the quality of drugs being produced, but also the starved innovative potential.

So when all is said and done, the differences between traditional Big Pharma executives and Valeant Pharmaceuticals’ executives reveal themselves as ones of degree, but certainly not of kind.  To hammer this home, listen to the published remarks of Senator Susan Collins (R-ME), the Chair of the Senate Special Committee on Aging, which aptly describe the business strategy of the all brand name pharmaceutical companies:

We can find nothing to explain these dramatic price increases beyond Valeant’s desire to take advantage of monopoly drugs. Its price-gouging strategy appears to be based on careful study of the FDA approval process. The company knows it often takes years before generic competitors can clear the hurdles imposed by that process to enter the market and to compete. During that period, Valeant exploits its de facto monopoly.